A zero-day software vulnerability in the firmware of older Apple computers could be used to slip hard-to-remove malware onto a computer, according to a security researcher. 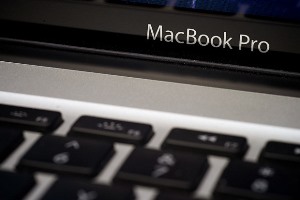 Pedro Vilaca, who studies Mac security, wrote on his blog that the flaw he found builds on previous ones but this one could be far more dangerous. Apple officials could not be immediately reached for comment.

Vilaca found it was possible to tamper with an Apple computer's UEFI (unified extensible firmware interface). UEFI is firmware designed to improve upon BIOS, which is low-level code that bridges a computer's hardware and operating system at startup. The UEFI code is typically sealed off from users. But Vilaca wrote that he found the code is unlocked after a computer goes to sleep and reawakens, allowing it to be modified. Apple computers made before mid-2014 appear to be vulnerable. Vilaca wrote it is then possible to install a rootkit, a type of malware that is hard to remove and nearly undetectable by security products.

The only defense is to not let the computer sleep and always shut it down, Vilaca wrote. Apple released patches earlier this year for a similar type of attack called Thunderstrike, which allowed modification of the UEFI by accessing a Mac's Thunderbolt interface. Thunderstrike was presented by researcher Trammell Hudson at the Chaos Communication Congress in Hamburg last December.

But Thunderstrike required an attacker to have physical access to the computer. Vilaca thinks it may be possible to remotely exploit the bug he found, making it potentially a whole lot more dangerous. He tested the attack on a MacBook Pro Retina, a MacBook Pro 8.2 and a MacBook Air, all running the latest EFI firmware available. Newer machines, however, were not vulnerable, which Vilaca wrote led him to suspect that Apple fixed the problem in later models but didn't patch older computers.

It appears that Vilaca did not notify Apple before disclosing the bug, something that causes many technology companies to bristle. Most companies advocate that independent researchers notify them before going public so attackers cannot take advantage of software problems before a patch is ready.

Vilaca wrote, however, that he has no beef with Apple. "My goal is to make OS X better and more secure," he wrote. Vilaca isn't the only researcher looking closely at Apple's firmware. Hudson, who found the Thunderstrike bug, is scheduled to give a talk with Xeno Kovah and Corey Kallenberg at the Defcon security conference in August. The presentation will show that Apple computers are vulnerable to many firmware attacks that affect PCs and demonstrate Mac malware in firmware, according to a description on the conference website.