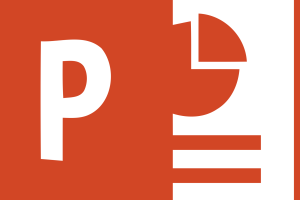 Just in case you somehow missed the memo, though, there is a new reason to think twice (or three times) before opening a PowerPoint file.

New research from Fidelis Cybersecurity indicates that attackers have figured out how to weaponized a PowerPoint file so that it circumvents detection by antivirus tools. According to a post on Fidelis’ Threatgeek blog the malware is embedded in a PowerPoint presentation. Because the file is saved in PPS format it bypasses AV detection, but when the file is opened in Slide Show presentation format the phishing attack is able to execute.

One of the most interesting aspects of these spear-phishing attacks is that they rely on a vulnerability discovered in late 2014 in connection with the Sandworm cyber espionage attacks. The vulnerability was initially discovered as a zero-day exploit being used in the wild as part of a cyber-espionage campaign attributed to Russia. The Sandworm attacks targeted NATO, foreign government and military organizations, and energy and telecommunications companies.

Now that same exploit is being used in new attacks that target the general population. Security experts explain, “We believe that cyber criminals, particularly Nigerian 419 actors, are now seeking to exploit vulnerabilities first leveraged by espionage actors. If true, this would represent an evolution in 419 actor TTPs from previous operations.”

Fidelis security researchers have determined that the exploit may be the same, but evidence suggests that the attacks are no longer state-sponsored attacks originating from Russia. Fidelis proposed that the techniques used are more likely an indication that these attacks emanate from cybercrime gangs rather than a specific nation-state.

Two things that lead Fidelis researchers to this conclusion are the use of social engineering and the PowerPoint attachments themselves. The original Sandworm attacks used carefully constructed messages directed at specific individuals. The attacks were designed to maximize the potential that the intended target would open the file. The new attacks, however, are attached to poorly written emails with bad grammar and misspelled words, and the name and title specified on the message is not the same as the recipient.

That alone should be enough of a red flag to dissuade anyone from opening the attachment. The PowerPoint file itself is another reason, though. The Sandworm files — like the emails they were attached to — were carefully constructed with the intended target in mind. The PowerPoint files in these new attacks are not tailored for the targeted recipient and the content will be irrelevant or even nonsensical for most individuals.

Fidelis points to evidence that indicates these new attacks are being perpetrated by a Nigerian 419 scam operation. The report also notes a concerning evolution in the tactics and techniques of these cybercriminals. “In many of these instances, these actors have implemented such tools as Netwire RAT and DarkComet RAT, among others. One campaign cited suspected Nigerian actors engaged in APT-like activities targeting oil transportation tankers aiming to siphon off credentials and data.”

These attacks reflect increased agility by the attackers — an ability to quickly take a zero-day attack discovered as part of a nation-state sponsored cyber-espionage campaign and repackage it to use in general-purpose attacks against the world at large. The underlying mantra remains the same, though. Just don’t open file attachments from unknown sources, or file attachments that are obviously not intended for you in the first place and you should be safe.