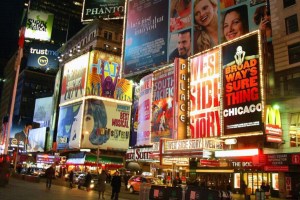 In middle school, I bought the first-generation TiVo in order to skip television ads (my mother may have helped with this purchase). I still saw the ads though while scrolling the video, so I resorted to only watching C-SPAN and PBS for a while to cope.

Today, I have installed the comprehensive set of browser plugins needed to block not just ads, but every single tracker known to exist to provide the highest level of security and privacy. Sadly, this is only possible on desktop, since my iPad doesn’t have similar plugins (yet!) to be able to do this. The status quo seemed to work great. I was part of a small minority of nerdy internet users who were willing to edit JavaScript in order to get the internet experience they wanted. Publishers had a laissez faire attitude to this behavior, since fighting programmers on the web to get them to watch ads was an expensive proposition and ultimately a losing battle.

Adblocking is suddenly in the news again because that equilibrium has been shattered. Internet users are increasingly using tools like Ghostery and others to block ads and marketing trackers. Growth in adblocking has traditionally been slow and steady, but since 2013 that growth rate has skyrocketed. In the last three years, internet users who adblock have increased from 40 million users to more than 200 million users today. In addition, a popular adblock plugin known as AdBlock Plus won a resounding court victory in Germany last week against local broadcasters, ensuring its continued operation.

Publishers rely on advertising dollars to fuel the content on their sites. It is clear though that greater numbers of our readers no longer support this particular approach to revenues and are demanding something better. Rather than scream “theft!” at them, we need to find a new approach that takes into account their fears while ensuring that online media still has a place in business.

The Problems With Advertising

Consumers are right to be fearful of advertising, since the industry has spiraled massively out of control. As Quinn Norton, a writer, recently noted as part of a confessional, media properties online have continually added more and more trackers and other advertising-related JavaScript to their pages, trying to squeeze just a few more precious cents from those impressions.

We are way, way beyond mere bloat. On some media sites, Ghostery informs me that more than 50 trackers are being blocked on a single page load. That’s an almost unbelievable amount of overhead, even with modern CPUs and highly-optimized JavaScript engines like Chakra and SpiderMonkey. We know that readers leave our sites if they load too slowly. Yet, we seem to completely ignore this evidence (and common sense!) when we design our online properties in pursuit of those ad dollars.

If performance was the only problem with the current model of online advertising, then we could probably make it work. Due to the performance requirements needed to make ads work at all during a page load, adtech firms are already forced to be extraordinarily efficient with their code. If we simplified the tracking and consolidated it, slow page loads would disappear.

It isn’t performance though that has caused millions to seek out adblocking plugins, but rather the security and privacy implications of marketing. There are hundreds of different trackers online, and these trackers cooperate by sharing data about readers to maximize ad revenue. As users have started to fully understand the implications of this, they have sought out new ways to cope and fight back. Let’s be frank, practices like retargeting are creepy. No one wants to see the same goods for sale on different web pages as if the very internet itself is stalking us. Making our readers paranoid isn’t effective in getting them to tolerate advertising, let alone enjoy it.

Advertising as it is designed today is a problem. Unfortunately, it is a difficult problem to solve because it does work, at least in terms of revenues. Annual online media spend in the United States reached $51 billion last year, and there is little reason to believe it won’t continue to grow rapidly into the future. That’s a lot of money, one of the reasons why publishers are so concerned that adblocking is becoming more common. However, here is the critical part: this isn’t that much revenue per internet user. Given that almost the entire population of the United States is now on the internet, ad spend comes out to about $170 per person.

That’s $14.17 a month. In other words, we could replace the entire advertising industry with a 10–20% bump on our internet subscription fees either on our cable or cell service bill. In fact, it wouldn’t even have to be this high, since we only have to replace the revenues received by publishers, and not all of the expenses of the existing ad industry, which could be entirely disbanded.

That to me is the real shock about advertising, and why there is no ethical quandary around this issue. For all of the tracking and violation of my privacy (let alone the performance of page loading), we barely save any money whatsoever. I realize consumers like free things, but there is a high cost to free content.

Down With Big Advertising

There are two options going forward. One would be for media publishers to get together and create a basic subscription package that would offer a completely ad-free and tracker-free viewing experience. Although the comparison is a little unsettling, this isn’t that different from the existing model around cable channels.

One challenge with this model is that it almost certainly benefits incumbent large-scale media companies over startups, halting innovation. However, our existing advertising model is not much different. New media startups find it incredibly difficult to raise revenues when they don’t have audience scale, since ad rates are so low. We will still have the same problem, even if the cause has changed.

The alternative option is to radically rethink how to conduct advertising on the internet. Publishers are in the driver’s seat here, since they not only interact directly with readers, but also are the ones who choose which trackers to place on their websites. They have the power to build a movement toward a security privacy-conscious and simple ad model. It isn’t clear how ad revenues would change in such a reform, but that ends up being the constraint on the solution space.

There are other options for paying for content. One solution I don’t expect much traction for is voluntary micropayments. Clicking a button to tip a writer is not only inconvenient to a user just trying to surf the web, but also creates terrible incentives for content that we can solve better through subscription fees. While bitcoin could open up this approach, I remain hesitant at the implications.

Ads have become increasingly excruciating on the internet, and consumers seem ready to do whatever it takes to ameliorate the situation, including installing adblocking tools. The only response is not to fight the readers (who ultimately are the only thing that matters for online publishers) but rather innovate to find a model that works for everyone.