All software and hardware in the German parliamentary network might need to be replaced. More than four weeks after a cyberattack, the government hasn’t managed to erase spyware from the system, according to a report. 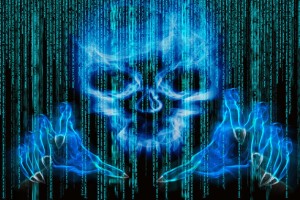 Trojans introduced to the Bundestag network are still working and are still sending data from the internal network to an unknown destination, several anonymous parliament sources told. In May, parliament IT specialists discovered hackers were trying to infiltrate the network. So far, they have been unable to mitigate the attack.

People in parliament are already talking about a possible replacement of the whole system. In addition to the internal network’s software, the hardware may have to be replaced as well, an operation that would take months and cost millions of euros. After the attack, part of the parliament’s traffic was routed over the federal government’s more secure data network by the Federal Office For Information Security. Some Germans suspect that the Russian foreign intelligence service SVR is behind the attack.

The parliament will discuss how to address the situation. Parliamentarians will have to decide if they want to call in the help of counterintelligence experts from the Bundesamt für Verfassungsschutz (BfV), the domestic intelligence service of Germany.

Some members of parliament have expressed concerns about the involvement of the BfV. Some are also refusing help from the foreign intelligence service, the Bundesnachrichtendienst, because the agency would gain access to the legislative process. Armin Schuster, a member of parliament for the CDU, criticized those concerns. Schuster told that he thinks it is “crazy” that some would rather be spied upon by a foreign intelligence agency then letting their own agencies help.