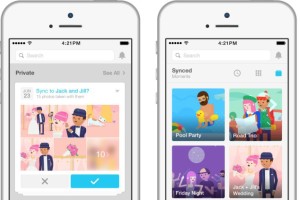 The social network rolled out Moments, a free photo-sharing app that lets users create shared photo albums with friends from their smartphones. The photos are then stored in the cloud for free.

For example, you can share pictures from your weekend hiking trip with a friend or a group of friends, who can then add their own pics to the album. (Moments only stores photos you’ve shared, but it won’t back up your entire camera roll like, say, Google Photos.) You do, however, need a Facebook account to use Moments. It’s how the app finds friends for you to share with — your Facebook friends. Moments even incorporates Facebook’s facial recognition technology so it can identify which of your friends are in each photo.

Facebook product manager Will Ruben says that despite the many ways you can share photos with friends — and there are many, like email, text message, iPhone photo albums, or even Facebook — none of them are as convenient as Moments or include a built-in social graph like you get with Facebook. Sharing photos back to Facebook or Instagram wasn’t his main focus when building the app, but more sharing should be a byproduct.

“We’re primarily interested in solving a problem people have, which is they don’t have all the photos their friends take of them,” Ruben told. “Sometimes we want to share [those photos], so to the extent that not having those photos is getting in the way of sharing them, Moments should help with that.” Moments is yet another app from Facebook Creative Labs, the company’s internal initiative to create more standalone apps. It’s the eighth app to come out of the company since January 2014, but its predecessors haven’t stuck with consumers the way Facebook would like.

Paper, the company’s first Creative Labs experiment, hasn’t been in the top 1,500 apps in the U.S. App Store since 2014. Slingshot, another project lead by Ruben that was originally pegged as a Snapchat competitor because of its ephemeral messaging functionality, fell out of the top 1,500 apps less than a month after launch and hasn’t returned. Rooms, an app launched in October aiming to revive the anonymous chat room, disappeared from the top 1,500 in just one week.

Facebook clearly doesn’t stress about the perceived failures. It keeps building more apps and hasn’t shut down the existing ones. Moments is more of a utility than some of the other apps to come out of the program, so perhaps it will catch on the way some of the other consumer products haven’t. The app is available for free on both iOS and Android.

OUR POINT
Is there any connection between "1984" and "2015"? In 2015, IT giants have decided to develop different functions for internet users. Firstly, Google presented a mass surveillance system to spy on Android users. Now Facebook asks its users to relax, and promises to do everything itself: it will store your photos in its cloud services for free, it will identify people from the photos and notify them. It seems that there is a connection between 2015 and 1984: the industry has long been accumulating potential and now in 2015 we are witnesses (and victims) of a quantum leap in the implementation of the darkest predictions by George Orwell in his immortal book (1984).

To protect any person from total control, SafeUM messenger team has implemented a number of additional features. For example, with SafeUM secure messenger you may send photos without leaving a track of it in your smartphone (select "Photo and delete"). And, of course, your communication, including the transmitted photos remains strictly confidential. Only you and your interlocutor know the content of the correspondence. 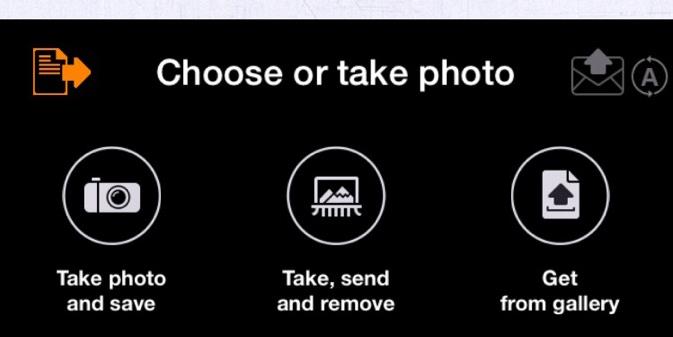