A hard-hitting new study claims Google’s search results not only favor its own internal websites over competing destinations, but also degrade social welfare and freeze out potential rivals in doing so. 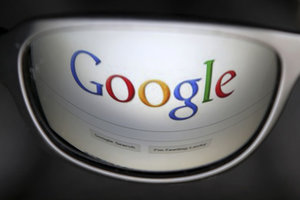 The claim itself isn’t a new one, but the results of this study are particularly notable since the research was conducted with the help of Tim Wu, an American academic who created the phrase “net neutrality” and has pushed for a freer internet.

“By leveraging its dominance in search to promote its internal content, Google is reducing social welfare – leaving consumers with lower quality results and worse matches,” the study, which was conducted with the help of researchers from the Yelp review website, reads. Specifically, the researchers showed users two different types of results for local searches. One was conducted through Google, which filtered results and typically placed Google content near the top, and the other used Google’s own algorithm to pick out the results that scored most relevant.

Ultimately, the security team found that users were almost 50 percent more likely to engage in results that did not give Google services priority. “By prominently displaying Google content in response to search queries, Google is able to leverage its dominance in search to gain customers for this content,” the study reads. “This yields serious concerns if the internal content is inferior to organic search results.”

“Google appears to be strategically deploying universal search in a way that degrades the product so as to slow and exclude challengers to its dominant search paradigm,” the report claims. Considering Google is currently in the midst of an antitrust battle with the EU, the results arrive at an inconvenient time for the search giant. Earlier this year, the EU filed a complaint against Google for allegedly abusing its dominance in the European market – one that could carry a $6 billion fine.

Of course, one reason to scrutinize the study is that it was commissioned by Yelp, which offers reviews of local establishments and competes with Google when it comes to providing local search results. However, Wu said the results of the experiment are the most important thing to look at, and that Google is not doing the right thing.

“It’s a legal exercise of monopoly if it hurts competitors while helping consumers, but if it hurts consumers while also hurting competitors, then there is no justification for the conduct,” he said. Wu also said that while users in the US can protest Google by switching to other search engines, that isn’t an excuse for what the company is doing.

“Given that general Google search faces limited and in some countries no direct competition, I think it can get away with weakening or degrading the product, and suffer little consequence,” he added. “In fact, in antitrust cases, the ability to do things that effectively eliminate consumer welfare, like offering a degraded search, can be evidence of market or monopoly power.”