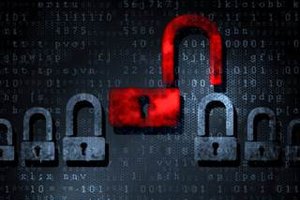 Researchers with ERPScan have identified 549 Oracle PeopleSoft systems that are accessible via the internet, and observed that 231 of those systems are vulnerable to the TokenChpoken attack that the security firm demonstrated at conferences earlier this year.

For starters, Oracle PeopleSoft is a platform used by large organizations – many in the Fortune 100 – to manage different company resources, including personal information such as Social Security numbers and payment card data, Alexander Polyakov, CTO of ERPScan, told. The TokenChpoken attack can ultimately be used to login under any account and gain full access to the PeopleSoft system, and it additionally opens the door for attacks against other systems and third-party data stores.

Polyakov said one institution with PeopleSoft systems accessible via the internet is Harvard University, which announced last week that an intrusion was discovered on the Faculty of Arts and Sciences and Central Administration information technology networks, and that Harvard login credentials may have been exposed.

“We do not want to make any groundless conclusions and speculation about how organizations were hacked,” Polyakov said, going on to add that “what we can say for sure is that [about] 80 other universities have that critical vulnerability that can be used or is already used today to gain access to critical data.”PeopleSoft systems are complex and simply patching may not be enough, Polyakov said, explaining that users should take actions such as changing all default PeopleSoft and WebLogic passwords and implementing certificate authentication for token nodes.

“Those changes will require some configuration, especially if [the] customer uses multiple nodes,” Polyakov said. “And, of course, it requires [users] to turn off systems for some time to reconfigure it. Every time customers stop [these types] of systems, they stop business processes that can result in loss profits, for instance.”