Trend Micro has issued predictable-but-sensible advice that Java should be switched off, because there's a zero-day being exploited in the wild. 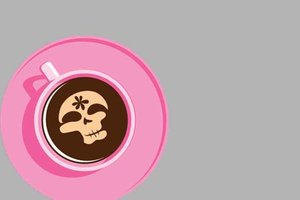 Trend malware researchers Brooks Li and Feike Hacquebord said the exploit will hose systems running the latest Java platform. Because there's no patch, they added users should disable the code.

The attackers have been linked to Operation Pawn Storm, which targeted the likes of the North Atlantic Treaty Organisation and the White House last year. "Based on our investigation, the latest Java version 1.8.0.45 is affected," the duo said in an advisory, adding it was the first Java zero day to emerge in two years. "We already notified Oracle and we’re collaborating with their security team regarding this threat." Outdated versions of Java 1.6 and 1.7 are unaffected by the exploit, but those users considering a downgrade will be exposed to vulnerabilities patched only in version 1.8.0.45.

The "TROJ_DROPPR.CXC" exploit executes arbitrary code in default Java settings and drops a payload, TSPY_FAKEMS.C, to the login user folder. They found the exploit in URLs sent to unspecified Trend Micro customers but did not reveal more information about the delivery mechanism.

The attackers' tactics, techniques, and procedures suggest the exploit was used by the same actors behind 2014 attacks on the White House and NATO among others under the campaign dubbed Operation Pawn Storm. Those attackers are most recently linked to the targeting of anti-Russian actors within the Ukraine conflict using the XAgent iOS 7 malware, which can exploit non-jailbroken iDevices.

Trend Micro bod Jonathan Leopando said Java addicts not ready to leave the Oracle web thing should use it only on an as-needed basis and install it on Internet Explorer rarely-used secondary web browsers. The Java hole disclosure follows the exploitation of two Adobe Flash zero days by exploit kit writers last week. Those vulnerabilities were found in the massive Hacking Team 400GB data cache leaked online. One of those Flash holes remained unpatched at the time of writing, making the web a less colourful place for those users who have disabled the platforms.