7 things the self-driving car will kill

Earlier everyone could only dream about driverless cars. Now self-drive automobile is ready to go. 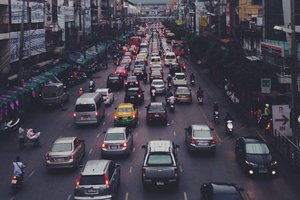 The first fully-functioning automated vehicles will be seen on Californian roads. Initially, the world got to see a different car. Think about everything you encounter on the roads today, will they make sense to the self driving cars?

There’s no doubt that we’re on the horizon of a major change in the way our cities will look in the future. Everything we see on the streets today cater to the human driver, how will the streets look when we cater to the computer driver? Before you read the list below, keep in mind that the points below will only be irrelevant once humans are not allowed to drive, and all autonomous cars are connected together and to the internet.

The stop, speed, yield, and slow signs will be a thing of the past. Street signs are for us to notice and take actions like slowing down, yielding, or even being alert about the coming sharp turn. Once the cars are updated — through google maps possibly— they will automatically adjust to the speed limit, or slow down for school zones.

Red, yellow, and green. In what is the pillar of our intersections, will soon be no where to be seen. Why will we need traffic lights? Algorithms will figure out the best way to manage the incoming traffic and all the cars will stop or go accordingly. It’s crazy to think about, but it will be our reality in the very near future.

Lane lines are here to let you know when you can or can’t change lanes. Self-driving cars will know without having to look at the lanes, because they’ll have information about the size of the road and about how far they are from the car next to it. We should be able to fit more cars on the streets that way, but man what an ugly sight it would be.

From the day we invented cars we designed them with the notion that all cars will be driven by humans. Thus the brake lights and turn signals were to inform all other drivers on the road that you’re about to turn, or suddenly stop. Now if the computer is in charge, they don’t need to communicate using lights, they can just send bits of code. Think this is crazy? Wait, there’s more.

Judging by the pace in which millenials are opting to share cars and not actually buy cars, the notion of owning a car will quickly deminish. Thus, cabs will not have the ‘taxi’ sign lit up on top of the car anymore, they’ll instead look like any other car on the street.

Following along the fact that people will not own cars anymore, there will be no need to park a car, go to a destination while the car sits idle, and get back in the car. The future car will drop you off then look for the next closest customer that needs a drive, without the need for you to worry about parking. Now if we execute the idea well enough, parking lots will be quite a bit smaller too, because cars will be able to park super close to each other while also charging the batteries.

Gas stations are arguably on their way out in their current form, but what I mean here is that cars will charge their batteries automatically while parked at home, or at a parking lot after a long day of driving customers around.

Here’s your cherry on top, you’ll be able to get to places much faster. Not only that, but also the inside of the cars will be a ‘space’. A space to sleep, exercise, work, create, or do anything your heart desires. It’s your own private space just as much as your room is right now.