Critical BIND flaw could disrupt large portions of the Internet

Attackers could exploit a new vulnerability in BIND, the most popular Domain Name System (DNS) server software, to disrupt the Internet for many users. 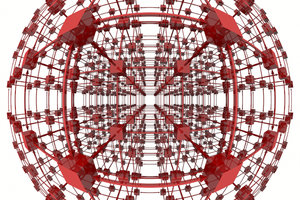 The vulnerability affects all versions of BIND 9, from BIND 9.1.0 to BIND 9.10.2-P2, and can be exploited to crash DNS servers that are powered by the software.

The Domain Name System is the Internet's phone book. It's used to convert domain and host names into numerical Internet Protocol (IP) addresses that computers need to communicate with each other. The DNS is made up of a global network of servers and a very large number of them run BIND, a software package developed and maintained by a nonprofit corporation called the Internet Systems Consortium (ISC). The vulnerability, announced and patched by ISC Tuesday, is critical because it can be used to crash both authoritative and recursive DNS servers with a single packet.

Authoritative DNS servers are servers that hold the records for one or multiple domain names, or even for an entire top-level domain like .com. Recursive DNS servers take queries from computers and resolve them by searching through the DNS hierarchy until reaching the authoritative servers for the domains that those computers were looking for. They then relay back the information.

Most computers and routers are configured to use the recursive DNS servers operated by their ISPs. If those DNS servers go down the computers they serve will no longer be able to find websites on the Internet. There is no configuration workaround to protect against the BIND vulnerability or a way to prevent its exploitation through access control lists. Patching is the only option, the ISC said in an advisory.

"Screening the offending packets with firewalls is likely to be difficult or impossible unless those devices understand DNS at a protocol level and may be problematic even then," said Michael McNally, an ISC engineer and the incident manager for this vulnerability, in a blog post. The security bug is difficult to defend against without installing the patch and it's likely that attack code will appear soon because it's not hard to reverse-engineer the patch and figure out how to exploit the flaw.

"I have already been told by one expert that they have successfully reverse-engineered an attack kit from what has been divulged and from analyzing the code changes, and while I have complete confidence that the individual who told me this is not intending to use his kit in a malicious manner, there are others who will do so who may not be far behind," he warned.

Robert Graham, CEO of security firm Errata Security, believes that the problem is not just this flaw, but BIND 9's design, as this is not the first time a critical denial-of-service flaw was found in the software.

"Its biggest problem is that it has too many features," Graham said. "It attempts to implement every possible DNS feature known to man, few of which are needed on publicly facing servers. Today's bug was in the rarely used 'TKEY' feature, for example. DNS servers exposed to the public should have the minimum number of features -- the server priding itself on having the maximum number of features is automatically disqualified."

To highlight the scope of this vulnerability, Graham said that he could use a tool that he developed called masscan to crash all publicly facing BIND 9 servers on the Internet in about an hour. "BIND9 should not be exposed to the public," he said. "It has code problems that should be unacceptable in this day and age of cybersecurity. Even if it were written perfectly, it has far too many features to be trustworthy."