RSA researchers have discovered a China-based VPN network dubbed Terracotta that is used extensively to launch advanced persistent threat (APT) attacks and that hijacks servers of unsuspecting organizations in order to add new nodes to its network. 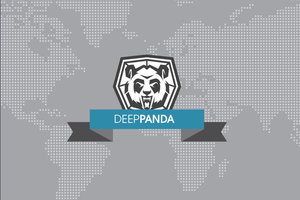 The Terracotta VPN provides the infrastructure that anchors several anonymizing VPN services that are commercially marketed to the public in China, according to a briefing delivered at the Black Hat conference.

The services are pushed as a means for individuals to hide their Internet activity from prying government eyes, but are used as well by criminals seeking to cloak the origins of their attacks, RSA researchers will tell the conference. Attackers buy access to that same VPN infrastructure to mask their malicious traffic by having it seem to originate from legitimate IP addresses that have good reputations, the security researchers say. They have good reputations because Terracotta attacks and compromises weakly defended Web servers run by legitimate businesses, then uses them for its own purposes, often without the victims knowing their gear is being abused.

There are two big lessons here for businesses, the researchers say. First, it’s important to plug into threat intelligence services that can flag newly discovered malicious IP addresses in order to quickly block attacks that might originate from them.

Second, even organizations that don’t deem their data worthy of attracting attackers should do the basics to protect their infrastructure so criminals don’t commandeer it for illegal purposes. A defense contractor discovered that APTs and phishing attempts were being launched from a Terracotta node that had been hijacked from a legitimate business, says RSA’s Kent Backman, the primary researcher behind the Terracotta presentation.

A charter school, whose Web server Terracotta compromised was used as a jumping-off node to launch APTs, he says. The school IT staff was unaware that it had been compromised. The staff was aware that the server performance had slowed and was about to increase its Internet bandwidth five-fold in order to speed it up, Backman says. Once the RSA team told the school about the compromise and cleaned it up, the extra bandwidth was no longer needed.

That school’s Web server had 50,000 IP addresses connecting through it, 98% of them from China. RSA got onto Terracotta when a customer found a Trojan being used to reclaim a foothold in a network that had been hit by an advanced persistent threat. The Trojan was isolated and watched for eight months and researchers saw that attackers were controlling a Web server rootkit from a node in what they later discovered was the extensive Terracotta VPN.

The good news is that RSA has notified many of the U.S. victims whose Web servers were compromised by Terracotta and they have been cleaned up, so much so that now Terracotta pays for nodes from legitimate providers in the U.S. Apparently the people behind the VPN haven’t been able to hijack enough new nodes to make up for the ones RSA has helped to reclaim, Backman says.

All of the servers that were taken over sat outside hardware firewalls and none of them had Windows firewall running on them. The attackers also found machines that were peripheral to companies’ main lines of business and weren’t as well protected as other resources. For example, a large hotel chain had servers in its development system compromised because they weren’t part of the chain’s regular monitoring program and IT wasn’t paying a lot of attention to them, he says.

RSA attributes much of the malicious activity running over Terracotta to groups in China that can be identified by the common tactics they use to plant advanced persistent threats. He says it’s the first time he’s seen these particular groups, including the one known as Shell Crew/Deep Panda, paying to use a commercially available VPN as a delivery mechanism for their malware.