Guillermo Beltrà spends a lot of time surfing the web. Yet like many avid Internet users, Mr. Beltrà hates the annoying pop-up advertisements that litter many websites. 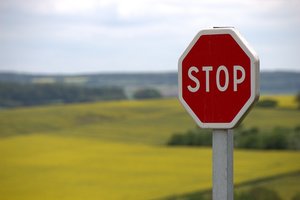 “It’s just very cumbersome,” he said. So like a growing number of people, Mr. Beltrà, a Spaniard who works for a consumer protection organization in Brussels, decided to block them by downloading software for his desktop browser that removed any online advertising from his daily Internet activity.

While he acknowledged that advertising was often the primary source of income for many websites, Mr. Beltrà said he remained wary of how much data companies were collecting on his online activities. “If I don’t know what data is being collected on me, I’d rather block it,” he added. Mr. Beltrà is just one of an increasing number of Internet users who are taking sophisticated measures to sidestep efforts by broadcasters, publishers and advertisers to sell their wares online.

The prominence of this so-called ad-blocking software — which allows people to remove online advertising by downloading a plug-in to many popular Internet browsers — is highlighted in a report being released on Monday by two security companies opposed to the software.

Ad-blocking will lead to almost $22 billion of lost advertising revenue this year, according to the report, put together by Adobe and PageFair, a Dublin-based start-up that helps companies and advertisers recoup some of this lost revenue. That represents a 41 percent rise compared to the previous 12 months, and the levels of ad-blocking activity now top more than a third of all Internet users in some countries, particularly in Europe, the report said.

Gaming, social network and other tech-related websites were most affected by ad-blocking software, the report added. The numbers come as tech companies, publishers and advertisers grow anxious that their efforts to reach users through increasingly sophisticated online advertisements are having little effect. While companies spend billions of dollars each year on these Internet marketing efforts, analysts say people often overlook them while looking at online content — and many are now turning to ad-blocking software to remove online ads once and for all.

“What’s causing grave concern for broadcasters and advertisers is video advertising, which is some of their most valuable content, is starting to be blocked,” said Campbell Foster, director of product marketing at Adobe. “That’s a really scary prospect.”

Almost 200 million people worldwide now regularly use ad-blocking software, the report said. About 45 million of them are in the United States, with almost 15 percent of people in states like New York and California relying on these services. The figures are even higher in Europe, where 77 million people use versions of the software. In Poland, more than a third of people regularly block online ads.

Companies like Eyeo, a tech company based in Cologne, Germany, that is behind the popular Adblock Plus browser plug-in, have garnered global followings. The start-up says it now has roughly 60 million active users worldwide, but has courted controversy by allowing some advertisers to bypass the blocking software and regain access to users — for a fee.

Ben Williams, a spokesman for Eyeo, defended the policy, saying the company allowed only “acceptable ads” to be viewed and that only 10 percent of companies that were allowed to show their advertisements were charged. “We’re the only ad-blocker to provide this service,” he added.

Recently, the focus on ad-blocking software has turned to mobile devices. Smartphones and other Internet-connected devices are driving breakneck Internet use, particularly in emerging markets, and the latest version of Apple’s mobile operating system will allow people to download some form of ad-blocking software.

Currently, only a small fraction of ad-blocking comes from mobile devices, according to the Adobe/PageFair report. But analysts say developers are working on plug-ins for smartphone Web browsers that will allow people to block advertising on their cellphones and tablets. PageFair is seeing “a shift to mobile,” said Sean Blanchfield, the company’s chief executive. “It will unleash a huge growth spike in people using ad-blockers.”