Google is dead. Long live Alphabet. The tech company announced that it would rebrand itself as Alphabet – a new holding company whose largest wholly owned subsidiary will be Google. 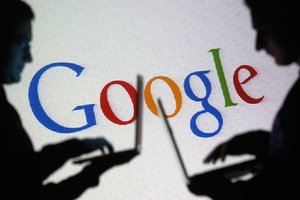 In a surprise blog post made public after the stock markets closed Larry Page and Sergey Brin, Google’s co-founders, announced a radical shake-up of the company’s corporate structure and management, handing control of its core search engine business to rising star Sundar Pichai.

The new company, Alphabet, will preside over a collection of companies, the largest of which will be Google. Even the site’s new address also eschewed convention, https://abc.xyz/. “As Sergey [Brin, co-founder] and I wrote in the original founders letter 11 years ago, ‘Google is not a conventional company. We do not intend to become one’,” wrote Page. “As part of that, we also said that you could expect us to make ‘smaller bets in areas that might seem very speculative or even strange when compared to our current businesses’. From the start, we’ve always strived to do more, and to do important and meaningful things with the resources we have.”

The tech giant has come under pressure as its founders have used the enormous success of its search engine to fuel riskier bets on autonomous cars, smart household devices, internet-delivering balloons and cutting edge medical research. The major restructuring will ostensibly give investors greater insight into how the money is being spent.

Colin Gillis, technology analyst at BGC Partners, said the move would allow investors to assess Google’s core business more clearly while allowing Google to highlight its other assets. “It’ll give people a truer picture of the nature and specifics of Google’s core operation,” he said. He also praised Google’s appointment of Pichai, a rising star in Silicon Valley. “My sense is that here’s someone in high demand and in one fell swoop Google have kept him as a key manager,” he said.

All shares of Google will automatically convert into corresponding shares of Alphabet, which will continue to trade under the stock ticker symbols GOOG and GOOGL. Shares in Google soared 5% in after hours trading. The new structure is said to be similar to Warren Buffett’s Berkshire Hathaway, which wholly owns a number of diverse holdings and has stakes in several others.

Page will become Alphabet’s CEO. Brin will be its president, and Eric Schmidt will be the executive chairman of Alphabet. Ruth Porat will be its CFO, and David C. Drummond will be the chief legal officer and secretary. The company’s chief business officer, Omid Kordistani, will step down and become “an advisor to Alphabet and Google” according to the company’s SEC filing.

Page, Brin, Schmidt and Drummond will leave Google, whereas Porat will keep her CFO role there and Pichai will take over as CEO. Some analysts were sceptical about the level of clarity the move would actually add to Google’s financial statements. “On balance the news is positive,” wrote Pivotal Research analyst Brian Wieser, “as this provides for incremental transparency into Google’s business and suggests the company is looking for ways to balance founder and employee interests with those of investors.”

Wieser added a note of caution, though, saying that it wasn’t clear how much of its quarterly financial info Google was anxious to share. “It may be overly optimistic at this point to hope for discrete business unit break-outs,” he wrote, noting that major holes in investor knowledge included Google Display Networks, which Wieser estimated at $5bn by itself.

It remains to be seen whether Google will simply continue to tell shareholders to be content with their profits when it comes to some major business segments. Page characterized the Google to come as “slimmed down”. Companies that are “pretty far afield of our main Internet products” will be contained in Alphabet, he said. Google’s health efforts like Life Sciences and Calico, a division investigating aging and other diseases, will have their own chief executives. Non-Google divisions of Alphabet will also include X lab and Wing, its drone delivery effort, as well as Nest, its “internet of things” division.

Google Fiber, the company’s broadband arm, will also become a new entity managed outside of Google proper, as will the company’s investing arms, such as Google Ventures and Google Capital. “Fundamentally, we believe this allows us more management scale, as we can run things independently that aren’t very related,” said Page.

The new segments will be broken out in Alphabet’s financials in early 2016, though the holding company will be registered “later this year” according to the filing. Reactions ranged from amused bafflement to immediate speculation. “Hate saying this, but does make sense for Alphabet to buy $twtr (T is for Twitter, yeah yeah), not $goog,” tweeted Mitchell Holder. Google – sorry, Alphabet – was not above poking a little fun at itself: embedded in the script on the blog post was a link to the company website for Hooli, the fictional version of Google from the Mike Judge’s HBO comedy Silicon Valley, a poison-pen letter to the tech industry that has had particularly acerbic things to say about Google.