Millions of people visiting weather.com, drudgereport.com, wunderground.com, and other popular websites were exposed to attacks that can surreptitiously hijack their computers, thanks to maliciously manipulated ads that exploit vulnerabilities in Adobe Flash and other browsing software. 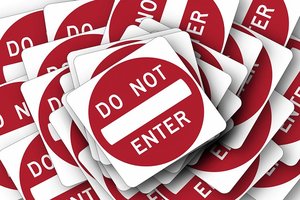 The malvertising campaign worked by inserting malicious code into ads distributed by AdSpirit.de, a network that delivers ads to Drudge, Wunderground, and other third-party websites, according to a post published Thursday by researchers from security firm Malwarebytes.

The ads, in turn, exploited security vulnerabilities in widely used browsers and browser plugins that install malware on end-user computers. The criminals behind the campaign previously carried out a similar attack on Yahoo's ad network, exposing millions more people to the same drive-by attacks. Malwarebytes updated the blog post to say the campaign had moved to yet another ad network, which happens to be associated with AOL. Visitors to eBay were among those who were exposed to the malicious ads distributed through the newly discovered network.

Malvertising is a particularly pernicious form of attack because it can infect people who do nothing more than browse to a mainstream site. Depending on the exploit, it can silently hijack computers even when visitors don't click on links. Some browser makers have responded by implementing so-called click-to-play mechanisms that don't render Flash or Java content unless the end user actively permits the plugin to run on a particular site. Some users have resorted to ad blockers, which have the unfortunate side effect of depriving publishers of much-needed advertising revenue.

The campaign used against the AdSpirit and Yahoo networks connected to servers run by Microsoft's Azure service. Ultimately, the booby-trapped ads led to attack code distributed through the Angler exploit kit, a software package sold on the black market that makes it easy for criminals to exploit vulnerabilities in Flash, Java, and other software.

The AdSpirit attacks were particularly hard to trace because most of the websites involved in the attack were using the transport layer security protocol to obscure the address and encrypt the data. There's no indication the attacks were exploiting vulnerabilities in fully patched software. That underscores the importance of installing security updates as soon as they become available.