DDoS attacks on the rise and stronger than ever

The frequency of distributed denial of service (DDoS) attacks continued to rise during the second quarter of 2015, doubling year-on-year for the third quarter in succession as instances of “mega attacks” also became more common, according to research. 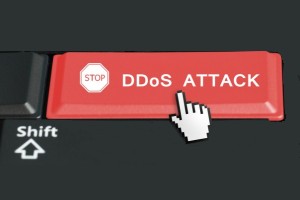 Akamai’s Security State of the Internet report found that although such assaults are becoming less powerful but longer, there were 12 attacks peaking at more than 100Gbps, a 100 percent year on year rise, and five that peaked at more than 50 million packets per second (Mpps).

The largest such mega-attack weighed in at 240Gbps and lasted more than 13 hours while the largest ever packet rate attack detected came in 14 214Mbps – enough to take out tier 1 routers used by ISPs. Despite this trend, average peak bandwidth fell by 11 percent and average peak volume decreased by 77 percent. The average duration on the other hand increased by 19 percent to 20.64 hours.

Many of these attacks used Simple Service Discovery Protocol (SSDP), a common protocol enabled by default on millions of home and office devices, such as routers, smart TVs, printers and webcams, to allow them to discover each other. However if SSDP is left unsecured or misconfigured, such devices can act as “reflectors” to enhance the ferocity of DDoS.

SSDP now accounts for 16 percent of attacks, the same as SYN flooding, with online gaming the most common target. A DDoS attack on Natwest earlier this month left 6.5 million people unable to access online banking services for 50 minutes.

Rise of the ‘mega attack’

“For example, for this report, we not only added two web application attack vectors to our analysis, we also examined the perceived threat posed by the onion router (Tor) traffic and even uncovered some new vulnerabilities in third-party WordPress plugins which are being published as CVEs. The more you know about cyber security threats, the better you can defend your enterprise.”

For the second quarter running, Akamai also tracked web application threats, with Shellshock and cross-site scripting two of the new vectors analysed. Researchers found 49 percent of all web app attacks used Shellshock, 95 percent of which targeted a single company in financial services – which was also the most common industry targeted by all web app attacks. Other attack vectors included SSQL injection attacks (26 percent) and local file inclusion (LFI), instances of which fell to 18 percent.

WordPress is an attractive target for attackers due to its popularity and the fact that virtually none of its plug-ins are assessed for vulnerabilities. Akamai tested 1,300 of the most popular plug-ins and themes and discovered 49 new vulnerabilities in 25 of them. Such vulnerabilities can be used to create botnets, spread malware and create reflectors for DDoS attacks.

Finally, the report also assessed the threat of Tor. Although 99 percent of attacks came from non-Tor IP addresses, one in 380 requests out of Tor exit nodes were malicious compared to one in 11,500 non-Tour IPs. Although this suggests Tor is more likely to be used for illegitimate reasons than the normal web, Akamai is firmly on the fence about blocking Tor traffic, noting this could have a “negative business effect.”