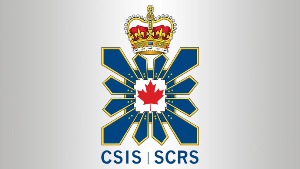 The spy agency assured the judge that the surveillance was to be carried out from inside Canada and controlled by and the Communication Security Establishment of Canada (CSEC), the country’s foreign signals intelligence service. But, after the warrants were obtained, Canada’s foreign partners from the Five Eyes intelligence-gathering alliance (US, UK, Australia and New Zealand) were asked to perform the interceptions. Canada’s

Federal Court wasn’t notified of the foreign involvement and never approved it, Mosley wrote in a redacted version of a classified court decision which was made public on Friday. “It is clear that the exercise of the court’s warrant issuing has been used as protective cover for activities that it has not authorized,” the document stressed.

“The failure to disclose that information was the result of a deliberate decision to keep the court in the dark about the scope and extent of the foreign collection efforts that would flow from the court’s issuance of a warrant.” Under Canada’s current legislation, the Federal Court has no authority to issue warrants that involve surveillance of Canadians by foreign intelligence agencies, he added. The actions of CSIS and CSEC put the Canadian citizens abroad at risk as they “may be detained or otherwise harmed as a result of the use of the intercepted communications by the foreign agencies,” Mosley wrote.

“Given the unfortunate history of information sharing with foreign agencies over the past decade and the reviews conducted by several royal commissions, there can be no question that the Canadian agencies are aware of those hazards,” the document said.

“It appears to me that they are using the warrants as authorization to assume those risks.” Mosley demanded explanations from the security agencies after an annual report by CSEC commissioner, Robert Decary, this August. The judge became suspicious after Decary suggested that CSIS should provide the Federal Court with “certain additional evidence about the nature and extent” of the help, it received from his agency.

The results of the Federal Court’s inquiry into the matter were made public on Friday. By misleading him, the CSIS and CSEC have been in “breach of the duty of candor,” which resulted in misstatements on the public record about the scope of the authority granted to the service,” Mosley wrote. Mosley, who used to be a former assistant deputy minister in the Justice Department, was intimately involved in the creation of the 2001 Anti-terrorism Act, which the CSIS and CSEC violated.