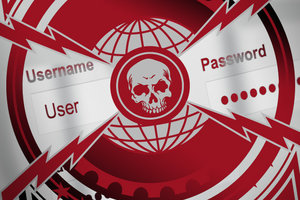 Many of the websites are niche dating ones similar to Ashley Madison, according to a list compiled by Hold Security, a Wisconsin-based company that specializes in analyzing data breaches. A few are job-related sites.

Batches of stolen information were found on a server by the company’s analysts, said Alex Holden, Hold Security’s founder and CTO. The server, for some reason, was not password protected, allowing analysis of its contents, he said. None of the dating sites are nearly as prominent as Ashley Madison, which saw sensitive company information, emails, internal documents and details of 30 million registered users released in a devastating data breach. Holden said this Russian-speaking group is not related to Impact Team, which claimed credit for the intrusion into Ashley Madison.

The information includes a list of websites and their software vulnerabilities, along with some notes written in Russian, said Holden, a native Russian speaker. All of the websites were breached since July 4 through about a week ago, he said. IDG News Service has seen the full list but is not identifying the websites. Hold Security comes across such stolen data repositories frequently in their research, but it doesn’t have the resources to contact every company named.

In many instances, Holden said his analysts have confirmed the software vulnerabilities claimed by the hackers. Many of the sites appear to have database flaws that if exploited give hackers the ability to access other information stored in the systems. Those vulnerabilities are known as SQL injection flaws.

The hackers essentially “are doing what security auditors would,” by externally probing websites for weaknesses, he said. Holden said it doesn’t appear the hackers have tried to sell the data. What he’s found are large lists of email addresses, and for some sites, lists of unencrypted passwords.

Hold Security specializes in informing companies when their data turns up on offer in underground markets. Information related to some of Hold Security’s clients have turned up in this latest batch. Companies are primarily concerned that their employees may use the same password to sign up for Web services they use at work, putting a company at risk.

Although security experts advise against it, many people re-use passwords across websites, which is risky if one gets compromised. Holden said in the case of Ashley Madison, his clients were concerned if high-level employees or those with critical jobs were going to be distracted by the release.

It’s not clear what the hackers plan to do with this data. It doesn’t appear that they’ve stolen more sensitive data on registered users, as was the case with Ashley Madison, where sensitive profile information was dumped, including birth dates, dating preferences and GPS data. “These hackers don’t know how to monetize the rest of the data, so they steal things that they can monetize,” Holden said.

Usernames and passwords are useful for spammers. The email addresses can also be used by miscreants to blackmail members of dating sites, Holden said. Various reports stemming from the Ashley Madison leak have indicated some users have been targeted by extortion attempts over email. Other times, hackers used this kind of data to threaten websites with distributed denial-of-service attacks, which can knock a website offline, in order to extract a ransom.