A survey carried out on 522 respondents highlights the current hatred people have for passwords and their openness to implementing simpler, yet safer authentication systems. 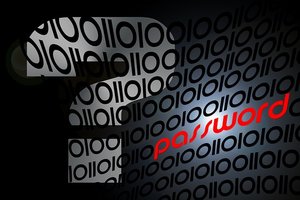 The survey, released by mobile authentication platform LaunchKey, shows that 84% of survey takers would be open to the idea of doing away with passwords, and three-quarters of all respondents see alternative identity verification systems like facial recognition, retinal scans, and fingerprints as more secure.

In 2015, password reuse is still a problem. The hatred for passwords can be seen in the fact that 52% of all users answered they have less than 10 passwords in use, hinting at heavy password reuse in their daily life, to which over 68% admitted. Additionally, only 22% claim they can always remember all their passwords, 31% said they usually use the "lost password" links, while over 46% have to write them down somewhere.

Asked bluntly what frustrates them the most about passwords in general, most users said that they hate being required to choose passwords in complex formats (eg: Password123$%!) and being forced to change passwords at regular intervals.

Probably this explains why 2 out of 5 respondents acknowledged they were the victim of a data breach in the past. The LaunchKey study also highlighted that most people don't trust online retailers with their passwords while banking and financial institutes are at the opposite side of the spectrum.

Two-Factor Authentication does not appeal to the masses

When it came to 2FA (Two-Factor Authentication), 53% admitted to not knowing what it is, while from the people that knew, 20% refused to activate it, 16% use it for sensitive accounts, and only 9% chose to enable it when available. Furthermore, when asked to characterize two-factor authentication, 80 users considered it annoying and cumbersome, while only 108 said it was easy to use. Taking into account that very few users actually use it and that most online services pay as much "as $100 or more" for a hardware token used with 2FA, this makes this authentication method highly impractical.