Websites and apps are sharing your children’s personal information

A large proportion of websites aimed at children are slurping a concerning amount of personal information, research from cross-border privacy authorities has revealed. 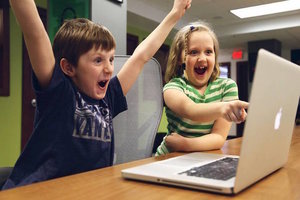 The Global Privacy Enforcement Network Privacy Sweep, comprising 29 data protection regulators around the world, looked at 1,494 websites and apps for children. Of those, it found that 67 per cent of sites and apps collected children’s personal information.

Half of the total number shared personal information with third parties. As many as 22 per cent provided an opportunity for children to give their phone number and 23 per cent allowed them to provide photos or video. The potential sensitivity of this data is clearly a concern, it said in a statement. Adam Stevens, who heads up the Information Commissioner's Office intelligence hub, said:

He said the body would be writing to the sites and apps which caused concern. "We wouldn’t rule out enforcement action in this area if required,” he added. In July, ministers backed an iRights campaign designed to give young people greater deletion rights over the stupid content they generate as youngsters. The campaign also wants to educate youngsters on companies' data-slurping practices, and get kids to limit the time they spend using online games and social networks, which can dominate their time to an "unhealthy extent". There are also some tips why you shouldn’t put your children photos online.