Apple distributes data get by Siri to third party

The "Hey Siri" feature lets you activate Siri just by saying, you guessed it, "Hey Siri," eliminating the need to hold down the Home button or raise the phone to your mouth to wake up the voice assistant. 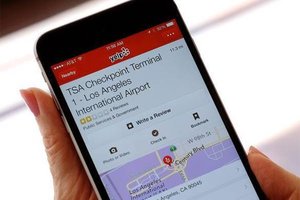 We know Siri, its voice is one of the most recognizable in the world. Siri is the main voice assistant. Users can speak commands – and receive audible confirmation from Siri – to send messages, place calls, set reminders, operate iTunes and more.

It seems to be very convenient! Otherwise, do not forget that Siri is constantly waiting for instructions, it is always listening and everything that Siri hears does not remain confidential. The US Internet service providers and human rights activists are concerned with the Apple application Siri. Intelligent personal assistant is suspected of distributing data to third party. To help the owner of the device, Siri should get a command from its developers. Thus, the recorded data may be stored without privacy and security.

Pete Ashdown, CEO of XMission said that the data can be revealed given a warrant. The data can be also used for advertising reasons, or to study demographic statistics. Information recorded by the phone owner is reported to be stored for two years in the Apple database. The company does not reveal what happens to it during this period.

The problem is not about Siri only: personal assistant Cortana is an online snooping antenna for Microsoft. Which means it shares everything you do when you use it. However you have allowed it to do just that because ironically it can’t function in all its glory without collecting such data. Cortana also learns about you by collecting data about how you use your device and other Microsoft services, such as your music, alarm settings, whether the lock screen is on, what you view and purchase, your browse and Bing search history, and more. Many people use personal virtual assistants such as Cortana (Siri, Google Now), but finally they become spying tools.