Hunted: could you go on the run in our post-Snowden surveillance state?

We’re now over-familiar with the concept of the reality show “journey”, where someone insists that they’ve become a better person through singing, dancing or playing the didgeridoo. 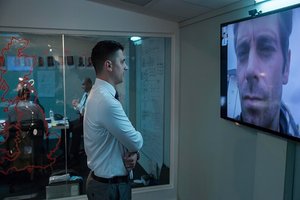 The 14 volunteer contestants are literally on the run, pursued by a dedicated team of professional trackers and hackers burrowing deep into their private lives. It’s TV’s Big Brother crossed with Orwell’s Big Brother by way of The Fugitive, a post-Snowden game of kiss-chase set in the vast playground of the UK’s surveillance state. The six-part series is being edited right up until transmission, but early footage looks both intriguing and chaotic – as kinetic as the Bourne movies with a bit of Blair Witch thrown in.

Jittery fugitives film themselves hiding in cupboards or are glimpsed yomping out into the wilderness as they try to evade capture for 28 days, with limited funds and no outside help, just a single, silent cameraperson in tow. It looks raw, real and a little overwhelming, and Brett Lovegrove, the man in charge of the Hunted task force, is keen not to give too much away. “I don’t want to open the present before Christmas,” he says.

Previously head of counter-terrorism for the City of London police and a senior investigating officer in SCD5, a Met unit dedicated to tracking paedophiles, he’s proud of the show’s authenticity in emulating the powers of the state. “What you’ll see in Hunted is very similar to an operation you would see run by a police or security service.”

If you’ve ever nurtured a fantasy of dropping off the grid or outwitting pursuers with the scowling ease of Jack Bauer, Hunted shows what happens when that idle daydream crashes into insidious reality. We live the bulk of our lives online, and it only takes a few keystrokes to unpeel the most private details, from nude selfies to suspicious bank transfers. “A typical fugitive hunt will begin with some basic details, but within hours we know almost everything about the individual,” says Lovegrove. “And, as the days go by, we end up knowing more about them than their friends and family.”

Lovegrove is poised and analytical, but his second-in-command, Peter Bleksley, is more avuncular, a classic Sweeney-style thief-taker. “I suppose you could say my life was a bit Life On Mars,” he says in a gravelly East End rumble. Bleksley points out that while technology has revolutionised police work since he left the service in 1999, many more old-school methods are still effective. “We have an expression in the cops, and I brought it to the show,” he says. “A body always floats. At some point, somebody’s going to come up for air. They’re going to make contact with loved ones and we’ve got to identify that moment and exploit it.”

Bleksley speaks from experience, having worked deep undercover for years. “I had to adopt a false identity and then live in the witness protection programme, so I know what it is like to be hunted and it was a very unpleasant experience,” he says. “It’s a dark place. I think that’s why, in real life, so few fugitives manage to go on the run, successfully, for ever. The lily-livered need not apply.” 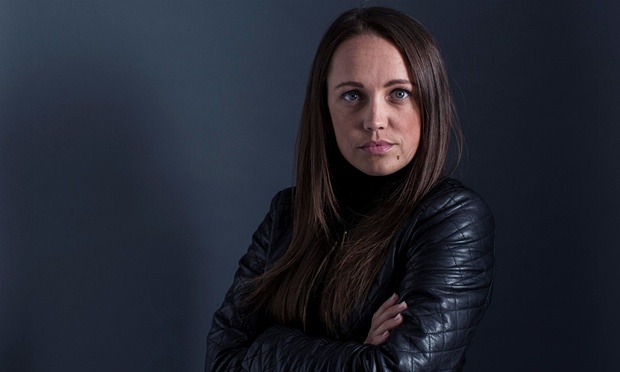 Hunted’s 14 fugitives – some alone, some in pairs – all fled simultaneously in May, producing a multiple manhunt against a ticking clock. From their command-and-control centre crammed with industrious analysts at computer terminals, Lovegrave and Bleksley have fed the most promising intel to on-the-ground teams of “hunters”. These comprise convict-collaring specialists such as Danni Brooks and Nicola Thorn, two former cops who first met during undercover training at the Met. “Nic and I are quite renowned for forgetting we’re wired up,” says Brooks. “We’ve both got tunnel vision so we would forget there was a camera on our shoulder.”

The month-long shoot was as stressful for the hunters as the fugitives. “We were working ridiculous hours, with the tiredness to go with it,” says Thorn. “We’d be in Clacton-on-Sea and then have to head to Edinburgh. So there was a real intensity.” Both radiate pride in their work, the sense of an unpredictable task handled professionally. But while being able to invade every aspect of someone’s life is a boon during a manhunt, what about personal privacy? “When I was a police officer, everything we did in terms of delving into someone’s background had to be justified,” says Thorn. “You can’t go willy-nilly into people’s emails or bank accounts. But if you have grounds, I don’t see a problem with it.”

For his part, Lovegrove is happy for Hunted to rub people up the wrong way. “We’re raising these issues in a thrilling but factual way,” he says. “I don’t care if people get angry so long as they’re discussing it. Most of the information that the state can gather is actually out there on social media anyway, it’s not secret. It’s like hanging out your washing. You are putting pages of your life out on the line and allowing everybody to see it.” 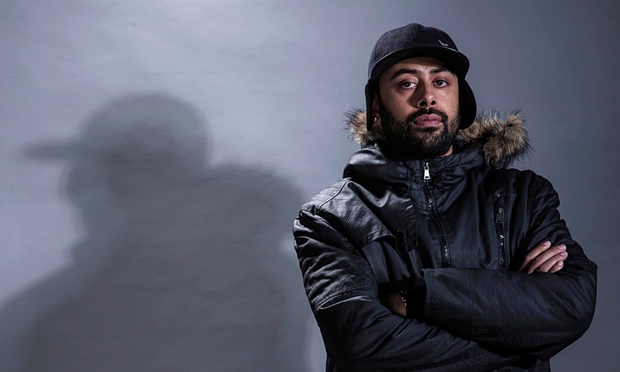 So what sort of person would actually volunteer to be reclassified as an enemy of the state, trying to survive for 28 days with only their wit and their will? Davinder “Dove” Singh and Harinder “Harry” Singh, two brothers from Leicester either side of 30, opted to go on the run together. “In this day and age, with all the technology available, you think, ‘Can a person really disappear?’” says Dove, a team manager in his non-fugitive life. “You see it happen in the Bourne films and it seems possible because of his set of skills. But could an ordinary person do it?”

Dove is about to get married with Harry as his best man; their Hunted experience was perhaps the world’s most paranoid and miserable stag do. “I had an initial perception of it being a sort of game, but that changed as it went on,” says Harry, who, as an accountant, was put in charge of their meagre slush fund. “You start to see the world around you very differently.” The brothers point to the mental and physical toll of severing ties with your former life and attempting to survive off the grid. “It does play with your mind, you burn a lot of energy,” says Dove. “There was no chance to slack. I actually felt at one point like we didn’t exist – ‘We’ve gone, no one knows where we are’. It was very emotional.”

During the longueurs while they were laying low – “There’s no Netflix when you’re on the run” – the pair spent a lot of time thinking about how profligate they were with their personal data. “My concern is that there’s always a wealth of knowledge out there, like your shopping habits,” says Harry. “And we have no consciousness of what’s happening with that information. It’s actually changed how I communicate online.” 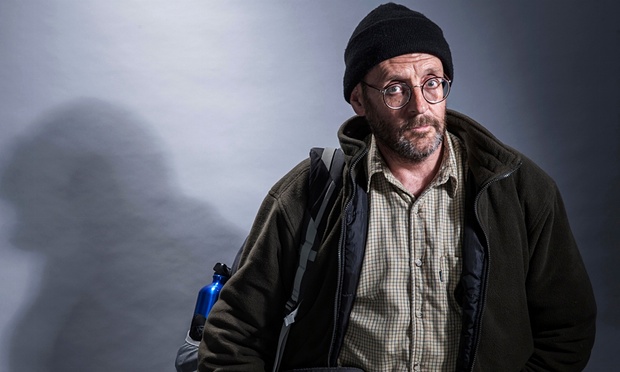 Channel 4 had no real way of predicting how its unscripted thriller would play out; there was the posssibility of all 14 volunteers being captured within a week. But if Hunted has a secret weapon, it’s Ricky Allen. You might assume that a 55-year-old GP from Kent would be sympathetic to the establishment, but Allen signed up as prey for Hunted because he was furious with government intrusion and societal apathy.

“We’re tiptoeing toward an all-overseeing, all-powerful Big Brother,” he says. “The Guardian did the Optic Nerve exposé a few years ago [where GCHQ had intercepted and stored 1.8 million users’ private webcam images], but that whole story seemed to come and go in the space of a few weeks. I thought there would be rioting on the streets!” So should we be lobbying our MPs to do something about it? Allen sighs: “The governments we’ve had have been an appalling bunch. Expense-fiddling, thieving, lying, warmongering scumbags and paedophiles. So I don’t think an appeal to government is really going to help.”

Scathing and entertainingly exasperated, Allen seems to have enjoyed his time as a human target. “I found it quite liberating,” he says. “We’re the only animal on the planet who doesn’t live in fear that there might be a predator around the corner. So I think not being under threat makes our lives a little hollow. I’m starting to see the appeal of being an outlaw.”

If it’s a hit, Hunted’s shadowy verisimilitude might spawn a new reality genre, especially in the increasing copycat world of TV commissioning. Add some real-life criminals and a sprinkle of razzamatazz and you could stage The Running Man for real. Splice it with Benefits Street – Chavvy Chase? – and watch the thinkpieces and ratings roll in. Or take the next obvious step and dramatise what happens to enemies of the state after they’re captured: detention, enhanced interrogation, deportation. Maybe there’s a limit to how much harsh reality we can stomach in our reality TV. But it feels like we’re not quite there yet.