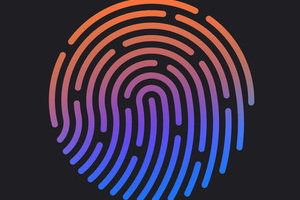 When they steal 5.6 million of those irrevocable biometric identifiers from U.S. federal employees — many with secret clearances — well, that’s very bad.

On Wednesday, the Office of Personnel Management admitted that the number of federal employees’ fingerprints compromised in the massive breach of its servers revealed over the summer has grown from 1.1 million to 5.6 million. OPM, which serves as a sort of human resources department for the federal government, didn’t respond to request for comment on who exactly those fingerprints belong to within the federal government. But OPM had previously confirmed that the data of 21.5 million federal employees was potentially compromised by the hack — which likely originated in China — and that those victims included intelligence and military employees with security clearances.

The revelation comes at a particularly ironic time: During the U.S. visit of Chinese president Xi Jinping, who said at a public appearance in Seattle that the Chinese government doesn’t condone hacking of U.S. targets, and pledged to partner with the U.S. to curb cybercrime. “As part of the government’s ongoing work to notify individuals affected by the theft of background investigation records, the Office of Personnel Management and the Department of Defense have been analyzing impacted data to verify its quality and completeness,” reads OPM’s statement posted to its website.

“During that process, OPM and [the Department of Defense] identified archived records containing additional fingerprint data not previously analyzed. Of the 21.5 million individuals whose Social Security Numbers and other sensitive information were impacted by the breach, the subset of individuals whose fingerprints have been stolen has increased from a total of approximately 1.1 million to approximately 5.6 million.”

OPM adds that it’s mailing letters to all affected victims, and notes that it’s also offering them free credit monitoring. But that identity theft protection, which cost $133 million in likely misspent tax dollars, doesn’t begin to address the national security implications of having the fingerprints of high-level federal officials in the hands of hackers who are potentially employed by a foreign government.

OPM downplayed the significance of that biometric breach in its statement, adding that “federal experts believe that, as of now, the ability to misuse fingerprint data is limited.” When experts asked about those limitations, however, an OPM spokesperson wrote only that “law enforcement and intelligence communities are best positioned to give the most fulsome answer.”

The agency’s statement does admit that hackers’ ability to exploit the stolen fingerprints “could change over time as technology evolves,” perhaps as more biometric authentication features are built into federal government security systems. And it says it’s assembled an interagency working group that includes officials from the Pentagon, FBI, DHS, and intelligence agencies to review the problem. “This group will also seek to develop potential ways to prevent such misuse,” the statement reads. “If, in the future, new means are developed to misuse the fingerprint data, the government will provide additional information to individuals whose fingerprints may have been stolen in this breach.”

The increased number of stolen fingerprints represents only the latest in a series of calamitous revelations from OPM about the hacker intrusion that led to the resignation of the agency’s director Katherine Archuleta in July. Aside from the 21.5 million social security numbers taken by attackers and the newly confessed 5.6 million fingerprints, the agency has also confirmed that hackers gained access to many victims’ SF-86 forms, security clearance questionnaires that include highly personal information such as previous drug use or extramarital affairs that could be used for blackmail.

“The American people have no reason to believe that they’ve heard the full story and every reason to believe that Washington assumes they are too stupid or preoccupied to care about cyber security,” Senator Ben Sasse wrote today in an email. For the hackers who cracked OPM’s vault of highly private information, it’s the gift to foreign intelligence that keeps on giving.