Chrome, Google’s web browser is said to have problems in incognito mode in its Android version and some of user’s online behavior is stored in history as a consequence. 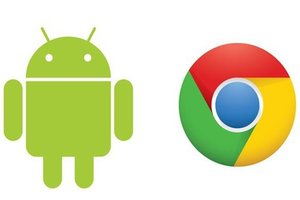 Google’s Chrome web browser, right from its debut has faced criticism because it uses the WebKit Engine which uses lot of RAM and slows down the machine. Now a bug has been reported in Chrome browser in Android version in its Incognito mode.

The Incognito mode was introduced in 2012 by Google for its Chrome browser, a feature now present in all of its variants, on Android, iOS, Mac, Linux, and Windows. The feature allows users to surf the Web without storing information about which sites they visit, on their local computer. The bug was discovered by the user notarower on Reddit, by accident, while trying to temporarily disable JavaScript in his browser.

Going into “Settings -> Site settings -> All sites” notarower found a log of all recent sites he visited. Surprisingly for him he also found Reddit in the list, a site which he admitted of navigating only in incognito mode. This intrigued him enough to investigate. He then tried to wipe his browsing history from the browser, but apparently that did not remove the browsing history from that section of the browser’s settings.

The only way he found after a large time interval of research was to clean up application data. But the problem was that it deleted ALL of user’s data including saved passwords, online form entries etc. He also found that only those sites were being stored for which he either gave some access permissions (access to local storage or to mic, webcam etc) or watched videos on fullscreen. It should be mentioned that earlier hackers could crash Google Chrome with one tiny URL.

This issue is really a bad thing for people who rely on Incognito mode for their privacy and security. But Since Google is always concerned about protecting user privacy, an official patch is being expected to be made available soon. Another user zxzyzd also made a Proof-of-Concept video of the bug.