YouTube, which spent the first 10 years of its life as a free service, is getting ready to start selling tickets. 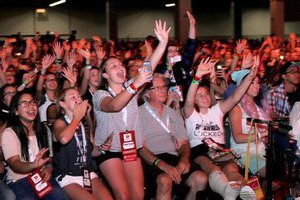 Google’s video site appears to be finalizing launch plans for its long-in-the-making subscription service, and industry sources say they’ve been told to expect a launch near the end of October.

A blast email from YouTube to content owners who share ad revenue with the site, telling them they have to agree to new terms by Oct. 22 or their “videos will no longer be available for public display or monetization in the United States,” helps support that timeline. But YouTube, which floated the idea of a new subscription service nearly a year ago, has never publicly committed to a timeline. Last spring, YouTube executives were telling content owners they were aiming for a mid-summer launch. It’s possible the launch could keep slipping, even beyond 2015.

Note that we’re referring to a single service, not multiple ones. Sources say that’s because YouTube intends to bundle two different services into one offering: An update of its music service, which it launched in beta as YouTube Music Key last fall, and another service, yet to launch, that will give users the ability to watch anything on YouTube without seeing ads.

Video industry sources say Google has told them it intends to charge $10 a month for the combined offering. It’s hard to imagine how YouTube will make money at that pricing, since its music service was supposed to cost $10 on its own, with the music labels and other copyright owners pocketing the majority of that.

A YouTube rep declined to comment beyond an amended version of a statement the company has offered in the past: “We are progressing according to plan to provide fans more options in how they enjoy content on YouTube. We have support from the overwhelming majority of our partners, with over 95 percent of YouTube watch-time covered by agreements, and more in the pipeline about to close.​” In July, when the company offered up a similar statement, it said it had signed up content owners that represented more than 90 percent of YouTube viewing.

For years, YouTube’s fans have been telling us they want more — more choice when watching their favorite content, more ways to support their favorite creators and, above all, the option to watch their favorite videos uninterrupted.
To give fans more choice we will be launching a new ads-free version of YouTube, available to fans for a monthly fee. This service will create a new source of revenue over time that supplements your advertising revenue. That’s why an overwhelming majority of our partners — representing over 95% of YouTube watchtime — have asked for and signed up for this service.
As you heard in our previous emails, we want to ensure that fans who choose to pay for an ads-free experience can watch all the same videos that are available on the ads-supported experience. That’s why we’re asking you to update your agreement to reflect the updated terms for the ads-free service. To accept, simply log into YouTube.com as “pakafka” from a desktop or laptop and follow the prompts by October 22nd.
If you haven’t signed by that date, your videos will no longer be available for public display or monetization in the United States. That outcome would be a loss for YouTube, a loss for the thriving presence you’ve built on the platform, and above all, a loss for your fans. We remain committed to working with you, as we always have. And of course, at any time, you can accept the updated terms which will make your videos public and monetizable again. Common FAQs can be found here.
We believe these new terms will greatly strengthen our partnership for the future. We went through a similar process three years ago when we began distributing and monetizing your content on mobile devices. Today, mobile represents over half of all watchtime and mobile revenue is up 2x in just the last year. Just as with mobile, we’re confident this latest update will excite your fans and generate a previously untapped, additional source of revenue for you. If you have questions or encounter technical difficulties, we’re here to help: reach out to us for support here.
The YouTube Team.
Tags:
YouTube trends Google USA
Source:
Re/code
1660
Other NEWS
3 Jul 2020