Security researchers have uncovered advanced malware that can steal virtually all of a large organization's e-mail passwords by infecting its Outlook Web Application (OWA) mail server over an extended period of time. 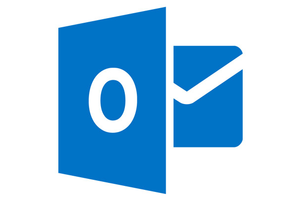 Researchers from security firm Cybereason discovered the malicious OWA module after receiving a call from an unnamed company that had more than 19,000 endpoints.

The customer had witnessed several behavioral abnormalities in its network and asked Cybereason to look for signs of an infection. Within a few hours, the security firm found a suspicious DLL file loaded into the company's OWA server. While it contained the same name as a benign DLL file, this one was unsigned and was loaded from a different directory. The OWAAUTH.dll file contained a backdoor. Because it ran on the server, it was able to retrieve all HTTPS-protected server requests after they had been decrypted.

As a result, the attackers behind this advanced persistent threat (APT)—the term given to malware campaigns that target a specific organization for months or years—were able to steal the passwords of just about anyone accessing the server.

"The hackers in this case managed to gain a foothold into a highly strategic asset: the OWA server," Cybereason researchers wrote in a blog post published Monday. "Almost by definition, OWA requires organizations to define a relatively lax set of restrictions; and in this case, OWA was configured in a way that allowed Internet-facing access to the server. This enabled the hackers to establish persistent control over the entire organization's environment without being detected for a period of several months."

OWA is a particularly valuable resource for attackers because it acts as an intermediary between the public Internet and an internal resource that's inside a company's firewall. Because the customer was using OWA to enable remote user access to Outlook, the configuration allowed attackers access to the entire organization's domain credentials. Cybereason didn't say how widespread the attack is beyond it targeting the one customer. Chances are, malware as detailed as this isn't a one-off thing, so it wouldn't be surprising to see it hitting other large organizations.