Analyst firm Gartner has revealed the top ten technology trends that it predicts will be strategic for most organisations in 2016. 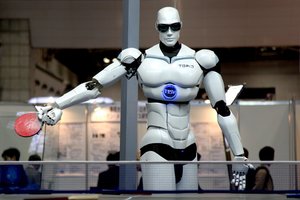 Factors that denote significant impact include a high potential for disruption to the business, end users or IT, the need for a major investment, or the risk of being late to adopt.

These technologies impact the organisation's long-term plans, programmes and initiatives. David Cearley, Vice President and Gartner Fellow, released the company’s “Top Ten Strategic Technology Trends for 2016.” They emphasize the Internet of Things, and smart devices talking to each other, getting smarter and more useful as they do. Through it all, the evolution of digital business is clearly at the heart of what is covered. Here is a summary of the trends:

A variety of other trends have led to an increased number of sensors embedded in many technologies and devices that we use personally and professionally. They become smarter as they gather more data on our daily patterns. Gartner predicts that these sensors, which tend to work in silos today will increasingly work in concert, leading to even greater insights about our daily patterns.

Gartner refers to these devices and sensors’ ability to gather more contextual data as described above as AMbient UX. The challenge will be with application design, anticipating this level of device synchronicity and collaboration, for lack of better framing. Gartner posits that the devices and sensors will become so smart that they will be able to organize our lives without our even noticing that they are doing so.

Though not a new trend, 3D-printing has caught its stride now that companies like Tesla are using it to build engine parts, and SpaceX is using it to create rocket parts. Better applications of the technology to biological material and food will follow, according to Gartner.

According to Gartner, by 2020, 25 billion devices will be generating data about almost every topic imaginable. This is equal parts opportunity and challenge. There will be a plethora of data, but making sense of it will be the trick. Those companies that harness the power of this tidal wave of information will leapfrog competitors in the process.

To an increasing extent, technologies will be able to not only collect information, but learn based upon it. In the process, much of the initial analysis that has typically required a human can be done by machines, elevating the analysis in the process. People will need to engage at a higher level as a result.

A majority of CIOs list security as their top priority, especially with an increased number of companies that have experienced breaches. Historical norms have been to play defense, but Gartner predicts that more tools will be available to go on the offensive, leveraging predictive modeling, for example, allowing apps to protect themselves. Gartner emphasizes that companies must build security into all business processes, end-to-end. Having it as an afterthought is tantamount to inviting issues.

More apps are being built to be plugged together, and the value of the combination is much greater than the sum of the parts. As Lyft has integrated with comparable offerings in other countries, its ability to expand its offering for traditional customers traveling abroad and the reverse has meant faster growth with minimal cost implications.

10. Internet of Things Architecture and Platforms

Gartner indicates that the providers of Internet of Things platforms are fragmented today, and would benefit greatly from cobbling together a better ecosystem where data is shared more broadly. This issue will persist through 2018, and IT departments will likely procure more one-off solutions as opposed to integrated webs of solutions that would serve them better. As IT leaders clamor for a better way, the change will come, says Gartner.