Nuclear power plants around the world are harbouring a “culture of denial” about the risks of cyber hacking, with many failing to protect themselves against digital attacks, a review of the industry has warned. 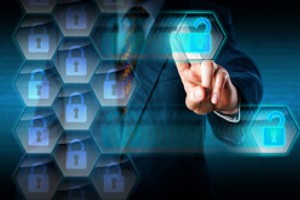 A focus on safety and high physical security means that many nuclear facilities are blind to the risks of cyber attacks, according to the report by think-tank Chatham House, citing 50 incidents globally of which only a handful have been made public.

The findings are drawn from 18 months of research and 30 interviews with senior nuclear officials at plants and in government in Canada, France, Germany, Japan, the UK, Ukraine and the US. “Cyber security is still new to many in the nuclear industry,” said Caroline Baylon, the report’s author. “They are really good at safety and, after 9/11, they’ve got really good at physical security. But they have barely grappled with cyber.” The report cites officials who describe the industry as being “far behind” other industrial sectors when it comes to insulating themselves against digital attacks.

Ms Baylon said there was a “culture of denial” at many nuclear plants, with a standard response from engineers and officials being that because their systems were not connected to the internet, it would be very hard to compromise them. “Many people said it was simply not possible to cause a major incident like a release of ionising radiation with a cyber attack . . . but that’s not necessarily true.”

Ms Baylon described how systems and back-ups powering reactor cooling systems could be compromised, for example, to trigger an incident similar to that seen at Fukushima Daichi in Japan in 2011, the worst nuclear failure since Chernobyl. Dozens of nuclear power stations have control systems accessible through the internet even though many plant operators believe a persistent “myth” that their facilities are “air gapped” with physically separated computer networks, the report says.

It points to a 2003 incident at the Davis-Besse plant in Ohio, when an engineer accessed the plant from his home laptop through an encrypted VPN connection. His home computer had become infected with the nuisance self-replicating “slammer” worm. The trojan infected the nuclear plant’s computer system, causing a key safety control system to be overwhelmed with traffic from the worm and trip out.

A more serious 2006 incident occurred at Browns Ferry in Alabama when a key safety system was similarly overwhelmed with network traffic and nearly led to a meltdown. The report points to a 2008 incident at the Hatch plant in Georgia to illustrate how vulnerable plants could be to deliberate digital disruption: though not an attack, when a contractor issued a routine patch to a business network system, it triggered a shutdown.

Most facilities still do not take cyber security seriously enough in spite of such instances, Ms Baylon said. Officials interviewed for the report, for example, described default vendor logins — the standard factory-set passwords such as “1234” — as being “everywhere” when it comes to the computer systems that regulate nuclear processes. Companies that own plants are also increasing the number of digital “backdoors” into facilities by putting in more monitoring systems to gather data and try to become more efficient businesses.

Engineers and contractors at facilities around the globe also routinely bring their own computers into nuclear plants to perform their jobs, officials told Chatham House. One described the control room at his nuclear plant as routinely having external laptops plugged in to its systems — sometimes left there overnight.

“It would be extremely difficult to cause a meltdown at a plant or compromise one but it would be possible for a state actor to do, certainly,” said Ms Baylon “The point is that risk is probability times consequence. And even though the probability might be low, the consequence of a cyber incident at a nuclear plant is extremely high.”