Critical Netgear router exploit allows anyone to hack you remotely

A security researcher in the US has said his Netgear router was hacked after attackers exploited a flaw in the machine. 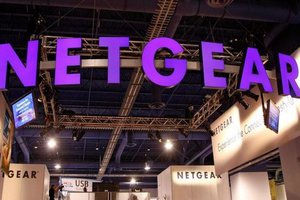 Joe Giron told that he discovered altered admin settings on his personal router on 28 September. The compromised router was hacked to send web browsing data to a malicious internet address.

Netgear says the vulnerability is "serious" but affects fewer than 5,000 devices. Mr Giron found that the Domain Name System (DNS) settings on his router had been changed to a suspicious IP address. "Normally I set mine to Google's [IP address] and it wasn't that, it was something else," he said. "For two or three days all my DNS traffic was being sent over to them." This means that the attacker could have tracked what websites Mr Giron was visiting, or even redirected him to malicious sites had they chosen to do so. He has decided to turn off the router and not use it for the time being.

The vulnerability itself has been documented by security researchers at Compass Security and Shellshock Labs in recent months. "Is it serious? Yes it definitely is," said Jonathan Wu, senior director of product management at Netgear, one of the top three router brands in the US. "Because whenever anybody gets access to your router, they can alter settings to direct traffic to places you don't want it to go to."

The vulnerability allows attackers to gain access to the router settings without needing to provide login credentials, according to security researchers Daniel Haake and Alexandre Herzog of Compass Security in Switzerland. Mr Giron thinks that in his case, access was gained remotely because his router settings had been configured so that they could be accessed from outside his network.

While a patch has not been available for the firmware on the affected devices to date, Netgear has confirmed that one will be released on 14 October. Mr Wu said that Netgear router owners would be prompted to update their firmware if they logged into their router's admin settings or if they had the Netgear genie app installed on their computer, tablet or smartphone.

It's problematic that firmware updates can't be automatically "pushed" to routers, according to Mark James, IT security specialist at Eset. "The average user will throw the router in place and just use it," he told. "The biggest problem that we have with these types of scenarios are people don't keep the software up-to-date." What's more, anti-virus software for computers doesn't generally cover vulnerabilities on routers meaning that it would not detect such problems.