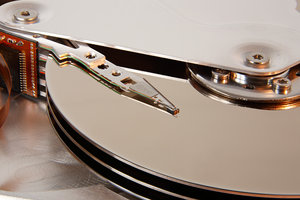 In a blog post published on Monday, Windisch claimed that all devices have a common root password, which can be obtained from the world-readable /etc/shadow file. The expert said he also discovered that the storage device’s web application allows unauthorized modifications to the IP address and hostname.

Another issue is that firmware updates are conducted over HTTP and are not signed, which allows a man-in-the-middle (MitM) attacker to deliver a malicious payload to the device. A local attacker can also escalate their privileges due to the fact that some system files are world-writable. The list of security bugs found by the researcher in Seagate Central also includes an information disclosure issue. In addition, Windisch noticed that the device supports multi-user/multi-tenant operation, and each user’s files are set by default to mode 777 (read, write, and execute permissions). This allows users to access and modify each other’s files, the expert said.

While the expert tested his findings on Seagate Central, he believes that other, more popular products, such as the BlackArmor product line, might be affected as well due to code sharing. The issues were reported to Seagate on July 10 and the researcher published his findings after his 90-day disclosure deadline expired. The vendor told Windisch that it has released firmware updates that address a couple of the vulnerabilities, but the expert has not been able to confirm this.

“I did not seek to find any remotely exploitable vulnerabilities. These issues were really low-hanging-fruit. I’m certain a number of remaining issues have yet to be discovered here, but for myself, I’m done investigating the Central NAS,” Windisch said. Seagate has been contacted for comment and this article will be updated if the company responds.

WD My Passport and My Book Vulnerabilities

A team of researchers has published a paper describing multiple vulnerabilities found in WD My Passport and My Book external storage products. The devices are self-encrypting drives (SEDs) designed to automatically encrypt and decrypt the data stored on them without affecting usability. The data is protected by a password set by the user. According to the experts, the Western Digital products are plagued by several serious flaws that affect both authentication and user data confidentiality.

The researchers discovered multiple authentication backdoors that can be exploited to bypass password authentication. They also managed to recover AES factory keys, which can be leveraged to access the data stored on vulnerable devices without knowing their password. In addition, experts identified weaknesses in the hardware random number generator (RNG) used for encryption, and the firmware update process. The firmware update flaws can be exploited for so-called “evil maid” and “BadUSB” attacks.

“We developed several different attacks to recover user data from these password protected and fully encrypted external hard disks. In addition to this, other security threats are discovered, such as easy modification of firmware and on-board software that is executed on the users PC, facilitating evil maid and badUSB attack scenarios, logging user credentials and spreading of malicious code,” researchers wrote in their paper. According to the experts, Western Digital has been informed of these vulnerabilities, but no patches have been made available.

“WD has been in a dialogue with independent security researchers relating to their security observations in certain models of our My Passport hard drives. We continue to evaluate the observations,” WD told SecurityWeek. “We highly value and encourage this kind of responsible community engagement because it ultimately benefits our customers by making our products better. We encourage all security researchers to responsibly report potential security vulnerabilities or concerns to WD Customer Service and Support at http://support.wdc.com.”