Police to be granted powers to view your internet history

Police are to get the power to view the web browsing history of everyone in the country. 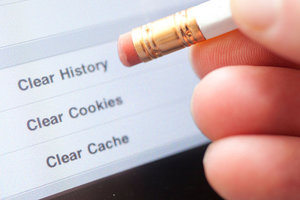 Home Secretary Theresa May will announce the plans when she introduces the Government's new surveillance bill in the House of Commons on Wednesday. The new powers for the police will form part of the new bill.

It would make it a legal requirement for communications companies to retain all the web browsing history of customers for 12 months in case the spy agencies or police need to access them. Police would be able to access specific web addresses visited by customers. The new powers would allow the police to seize details of the website and searches being made by people they wanted to investigate. They will still need to apply for judicial approval to be able to access the content of the websites.

Mrs May previously told the Commons enforcement agencies needed more powers to do their jobs effectively. “I've said many times before that it is not possible to debate the balance between privacy and security, including the rights and wrongs of intrusive powers and the oversight arrangements that govern them without also considering the threats that we face as a country," she told MPs.

"Those threats remain considerable and they are evolving. "They include not just terrorism from overseas and home-grown in the UK, but also industrial, military and state espionage. "They include not just organised criminality, but also the proliferation of once physical crimes online, such as child sexual exploitation. And the technological challenges that that brings. "In the face of such threats we have a duty to ensure that the agencies whose job it is to keep us safe have the powers they need to do the job."

David Davis MP told there is "no proven need" to retain the data for a year. Previous plans to introduce the measure in the so-called snooper's charter in 2013 were blocked by the Liberal Democrats in the Coalition. Former deputy prime minister Nick Clegg warned that Britain would be “setting a worrying international precedent” if plans for the massive database of people’s internet and phone usage went ahead. The Security Service, along with MI6 and GCHQ, has previously warned MPs that the ability to combat terrorism would be severely hampered without the powers.

Under the plans, telecoms and internet service providers would be paid to log their customers’ emails, internet use and other correspondence so it could be easily searched by security officials. Data would be held for 12 months and access granted to the police, the National Crime Agency, the intelligence agencies and HM Revenue and Customs. Previously a poll by YouGov for Big Brother Watch found almost three-quarters of people did not trust that the data would be kept secure.

It comes as David Cameron, the Prime Minister, announced moves to strengthen its treaty with America to ensure Internet companies based there hand over requested data on suspects. Some of the largest companies have been increasingly reluctant to supply customer communications in the wake of the claims of mass surveillance programmes by former CIA contractor Edward Snowden.