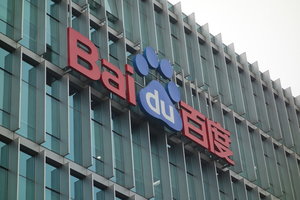 The SDK is called Moplus and while it's not open to the public, it was integrated in more than 14,000 apps, of which only around 4,000 were created by Baidu, security researchers from Trend Micro said in a blog post Sunday.

The company estimates that the affected apps are used by over 100 million users. According to Trend Micro's analysis, the Moplus SDK opens an HTTP server on devices where affected apps are installed; the server doesn't use authentication and accepts requests from anyone on the Internet. Even worse, by sending requests to this hidden HTTP server, attackers can execute predefined commands that were implemented in the SDK. These can be used to extract sensitive information like location data and search queries, as well as to add new contacts, upload files, make phone calls, display bogus messages and install apps.

On devices that have been rooted, the SDK allows the silent installation of applications, which means that users will not be prompted for confirmation. In fact, the Trend Micro researchers have already found a worm in the wild that exploits this backdoor to install unwanted applications. The malware is detected as ANDROIDOS_WORMHOLE.HRXA.

The Trend Micro researchers believe that in many ways the Moplus flaw is worse than one discovered earlier this year in the Android Stagefright library because at least that one required attackers to send malicious multimedia messages to users' phone numbers or to trick them into opening malicious URLs. In order to exploit the Moplus issue attackers can simply scan entire mobile networks for Internet Protocol addresses that have the specific Moplus HTTP server ports opened, the researchers said.

Trend Micro has notified Baidu and Google about the security issue. Baidu released a new version of the SDK in which it removed some commands, but the HTTP server is still being opened and some functionality can still be abused, the Trend Micro researchers said. Baidu fixed all the security issues that were reported to the company by Oct. 30, a Baidu representative said via email. "The remaining code that was identified in the latest [Trend Micro] post as potentially problematic after our fix is actually dead code, with no effect at all."

There are no "backdoors," the representative said, adding that the inactive code will be removed in the next version of the company's apps for "clarity's sake." However, the question remains how quickly all of the third-party developers that used this SDK will update their apps with the latest version. Trend Micro's list of the top 20 affected applications includes apps by developers other than Baidu and some of them are still in Google Play.