How the Government's new snooping powers will affect normal people

New spying powers to be granted to intelligence agencies are intended to keep the internet from being used for crime – but could fundamentally change the life of normal people using technology too. 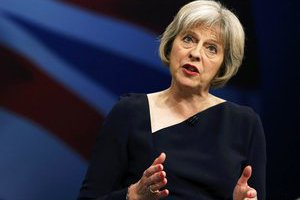 Theresa May has just outlined sweeping new powers that are intended to combat paedophiles and terrorists online. But those powers include a requirement that internet companies keep information on their customers, whether or not they are suspected of a crime.

Here are five ways that the new legislation will affect you. Authorities will have access to everything your phone or computer does. Theresa May has said that this information is really just “the modern equivalent of an itemised phone bill”. But it will give much more detail than that: authorities will be able to see the full list of social sites and communications apps that have been used. In practice that means that authorities will be able to know that a person has visited Facebook, for instance, but not what they said in chat while they were on there.

That information will be stored for a year

Communications service providers will be forced to keep that browsing data for a year. It still isn’t clear what form that will take and what protections will be in place – which will be a concern given the fact that cyberattacks are so common and TalkTalk, one of the companies that will be involved in the plan, had sensitive user data exposed in recent weeks.

Internet companies will be required to help spies hack your phone

Domestic providers will be obliged to assist authorities in "giving effect to equipment interference" under the draft Investigatory Powers Bill. In practice that means hacking – helping spies to interfere with computers so that they can see the information that is on them, or allowing them to remotely access a mobile phone so that it can be searched.

The Government had previously given indications that it would look to ban end-to-end encryption, a technology that allows communications to pass safely over the internet. But it claims to have dropped that proposal.

Your conversations with your MP can be listened in on

Previously, communications with your MP had been secret – the Wilson Doctrine ensured that they were protected and that police couldn’t access them. That has been reversed, and spy agencies will now be able to snoop on conversations between members of parliament and their constituents. That won’t be able to happen without the approval of the prime minister and a senior judge, but will be carried out without parliament knowing.