Several popular Java-based products are affected by a serious vulnerability that can be exploited by malicious actors to remotely execute arbitrary code. 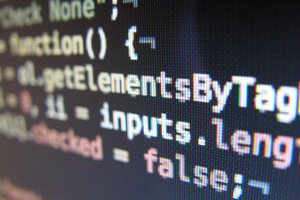 In a blog post published on Friday, FoxGlove Security experts showed how deserialization vulnerabilities in Java applications can be exploited for remote code execution via the popular Java library Apache Commons Collections.

Building on previous research from Gabriel Lawrence and Chris Frohoff of Qualcomm, FoxGlove Security researchers demonstrated how easy it would be for an attacker to exploit Java-based application servers and other products that use Apache Commons Collections, including Oracle WebLogic, IBM WebSphere, Red Hat’s JBoss, Jenkins, and OpenNMS. FoxGlove says the library is used by many projects — a search on GitHub shows more than 1,300 results, according to the company.

While the exploits described by FoxGlove rely on Apache Commons Collection and the use of the InvokerTransformer class, Frohoff and others have pointed out that such attacks are possible not because of an actual vulnerability in the library, but due to poor coding practices. According to researchers, applications using Apache Commons Collections are vulnerable to remote code execution due to Java deserialization flaws introduced by developers.

Serialization is a process in which an object is converted to a stream of bytes in order to store or transmit that object to memory or a file. The process in which serialized data is extracted is called deserialization and it can lead to major security issues if not handled properly. Serialization vulnerabilities were found recently by IBM in the Android operating system.

The problem in this case appears to be that the developers of the affected applications failed to ensure that untrusted serialized data is not accepted for deserialization. After FoxGlove published its blog post, members of the Apache Software Foundation started discussing ways to mitigate the issue in Apache Commons Collections by introducing a mechanism designed to control serialization.

Jenkins has released a mitigation script and OpenNMS has made available some simple instructions for protecting installations against potential attacks. Matthias Kaiser of Code White has also conducted research on the exploitation of deserialization vulnerabilities in Java and reported the issue to Oracle in July. Security researcher Luca Carettoni has released a Java deserialization library designed to secure applications from untrusted input, and developer Charles Miller published a blog post to teach developers how to avoid introducing such flaws into their programs.