Malicious actors have been targeting servers running vulnerable installations of the vBulletin forum software via a security hole patched by the developer earlier this month, Symantec warned on Monday. 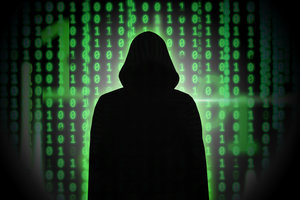 According to the security firm, as many as 2,500 daily hack attempts have been observed since November 5. It appears the attackers have been trying to compromise servers by exploiting a serious vulnerability patched by vBulletin on November 2.

The flaw, which can be exploited for remote code execution, affects vBulletin 5 Connect, versions 5.1.4 through 5.1.9. vBulletin released the patch and reset all account passwords shortly after a hacker using the online moniker “Coldzer0” defaced the official vBulletin forum using a zero-day vulnerability. Although it hasn’t been confirmed by vBulletin, the patch released following the hack seems to be designed to fix the zero-day exploited by Coldzer0. Since the details of the zero-day were made public on several websites, cybercriminals almost immediately started exploiting it in the wild.

Symantec says the attackers are first sending out requests designed to identify vulnerable vBulletin installations. Once a vulnerable server is found, the hackers download a malicious shell script to the compromised machine. This script allows them to steal sensitive information, including system and network details, user credentials, and private keys from a predetermined list of 130 files and folders.

“By compromising the servers for popular online forums, attackers can potentially carry out many more downstream attacks as these systems often have heavy traffic serving many users. Cybercriminals can use these compromised web servers to booby-trap the website, making it deliver malware to unsuspecting users of the site,” Symantec researchers said in a blog post.

“Selling or hiring compromised server access to other criminals is also a common way for cybercriminals to generate revenue. There is also a market for servers that can be commandeered for performing distributed denial-of-service (DDoS) attacks against chosen targets. Servers often have a lot of available bandwidth and are prized by attackers who are interested in launching DDoS attacks, making them a valuable commodity on the underground market,” they added.

Data from Symantec shows that the highest number of exploit attempts, more than 2,500, was recorded on November 7. The number has steadily declined since, less than 500 daily attempts being spotted over the weekend.