With US government as top donor, Tor Project looks to crowdfunding

Following up on goals set earlier this year, the Tor Project launched its first crowdfunding project today to expand its donor base beyond the US government and allow for spending flexibility. 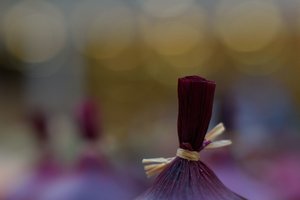 Although there wasn't much of an explanation in its campaign announcement, Tor could be seeking to become less reliant on the US government, which typically accounts for 80 to 90 percent of annual funding.

Tor said in March it was exploring crowdfunding as a way to bring its Hidden Services to the broader internet and, more specifically, countries whose citizens might benefit from added privacy and security. The technology allows users to connect to blogs and chats, among other online services, while remaining anonymous. Despite receiving significant public funding, Tor's relationship with the US government overall is complicated. Tor's creators claimed earlier this month that the FBI paid Carnegie Mellon University researchers $1 million to de-anonymize its browser, the results of which were discovered in July 2014.

The university later followed up with a statement that didn't completely absolve it of any wrongdoing. Instead, it hinted at its researchers producing the work for free under a subpoena. Tor cited the support of award-winning filmmaker Laura Poitras to solicit donations. "Edward Snowden would not have been able to contact me without Tor and other free software encryption projects," Poitras said. "Journalists need Tor to protect their sources and to research freely. It is an essential tool, and it needs our support."