You should be very careful while visiting websites on the Internet because you could be hit by a new upgrade to the World's worst Exploit Kit – Angler, which lets hackers develop and conduct their own drive-by attacks on visitors' computers with relative ease. 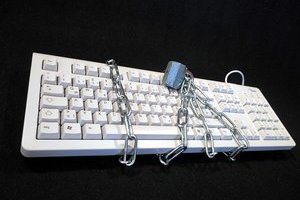 Many poorly-secured websites are targeting Windows users with a new "Cocktail" of malware that steals users' passwords before locking them out from their machines for ransom.

Yes, stealing Windows users' passwords before encrypting their data and locking their PCs for ransom makes this upgrade to the Angler Exploit Kit nastier. Here's How the New Threat Works: Once the Angler exploit kit finds a vulnerable application, such as Adobe Flash, in visitor's computer, the kit delivers its malicious payloads, according to a blog post published by Heimdal Security. The First Payload infects the victim's PC with a widely used data thief exploit known as Pony that systematically harvests all login usernames and passwords stored on the infected system and then sends them to servers controlled by hackers.

This allows attackers to obtain working logins for a number of websites, e-commerce sites, and even corporate applications, from which the hackers could steal more data. The Second Payload drops the widely-used CryptoWall 4.0 Ransomware that locks user files until a ransom amount is paid.

So in short, the new campaign is one of the most sophisticated and effective ransomware attacks to date that uses a combination of: World's Worst Exploit Kit + World's Worst Password Stealer + World's Worst Ransomware. The campaign is "extensive" and originates from a secure hosting environment located in Ukraine, the researchers say. Over 100 web pages in Denmark have been "injected with the malicious scripts, but the campaign is not limited to Europe."

Ransomware attacks hit thousands of Internet users every week, and costs them a total of $18 Million in losses, according to the FBI. Moreover, a recent report dated back to last month suggested that the Cryptowall family alone has managed to raise over $325 Million in revenue in the past year alone. Few days back, we also saw Cryptowall 4.0 – the newest version of the world's worst Ransomware – surfacing in the Nuclear exploit kit, one of the most potent exploit kits available in the market for hacking into computers.

What Should You do if You get Infected by Cryptowall 4.0?

Once your system gets affected by Cryptowall 4.0, unfortunately, there's not much you can do, as the encryption the ransomware uses is very strong and almost unbreakable. So, the only options you are left with are:

However, we don't advise anyone to pay ransom as it doesn't guarantee that you will get the decryption keys; as well as this would encourage criminal activities.