Twitter has issued its first ever warning about a possible hack by state-sponsored actors, as the social media site steps up its scrutiny of possible security breaches. 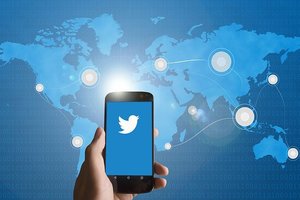 The alert highlights growing concern over hacking activity backed by foreign governments after a year in which high-profile cyber attacks included the breach of 22m personnel profiles at the US Department of Homeland Security.

Other companies such as Google and Facebook already have warning systems to alert users who may be targeted by state-sponsored hackers. Twitter sent a warning email to users who may have been affected, stating that the hackers may have been trying to obtain phone numbers, email addresses, and IP addresses. The social media company started collecting phone numbers from users earlier this year.

State-sponsored hackers are the most sophisticated and well-resourced hackers. They often use cyber attacks to conduct espionage or steal intellectual property. However most Twitter posts are public, suggesting the hackers may have been more interested in obtaining personal data such phone numbers, or finding a way to tweet through hijacked accounts.

Some of the users who tweeted about receiving the notice on Friday were cryptographers, security researchers, activists or journalists. Many reacted on Twitter with surprise — and a sense of humor. “Remember the day when ‘state-sponsored actors’ meant the national performing arts company doing Shakespeare in the park?,” wrote user Mark Wodrich, whose profile states he is a “software security geek”.

Twitter said “a small group of accounts” was affected, adding that the company was still investigating. A Twitter poll found that 20 per cent of respondents had received the email about the state-sponsored attack, based on 46 users who responded to the survey from Twitter user Stribika. Twitter has alerted users about security breaches before, such as in 2013 when it emailed more than 200,000 users to alert them their Twitter passwords and email addresses may have been stolen.

Twitter confirmed that it had sent the email about state-sponsored actors, declining to comment further. One prominent example of state-sponsored hacks is the work of the Syrian Electronic Army, which has previously targeted newspaper accounts and used them to broadcast false news. The Syrian Electronic Army is a group of hackers who support the Syrian president, and have also targeted Skype and major newspaper websites.