The makers of MacKeeper, a suite of software that claims to make Macs more secure and stable, is cleaning up after a breach exposed the personal information for millions of its users. 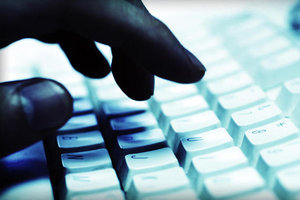 Kromtech, which makes the software, acknowledged Monday that a hole in its security exposed the usernames, email addresses and other personal information for 13 million customers.

The company said it "fixed this error within hours" of its discovery by security researcher Chris Vickery, who first published information about the breach Sunday evening on Reddit. The Germany-based company said it had no evidence the data was accessed by malicious parties. "Analysis of our data storage system shows only one individual gained access performed by the security researcher himself," Kromtech said in a statement posted to its website. "We have been in communication with Chris and he has not shared or used the data inappropriately."

The breach marks the latest high-profile compromising of personal data, a list that includes the US government losing the information of 4 million federal workers and health insurer Excellus BlueCross BlueShield seeing 10 million health records exposed. Last year, Home Depot and Target were among the major companies hit by hackers in what has become increasingly dangerous cyberwaters.

Vickery, who said he had never heard of MacKeeper or Kromtech before, said he discovered the security hole in a moment of boredom while browsing search engine Shodan.io. He said the hole emerged as the result of a random search for "port:27017," a default gateway for database management system MongoDB.

His search returned four different IP addresses associated with Kromtech, offering public access to troves of data without the need for username and password authentication. "The data was/is publicly available," Vickery wrote on Reddit. "No exploits or vulnerabilities involved. They published it to the open web with no attempt at protection." Vickery said he contacted Kromtech, which quickly closed the hole. In its statement, the Germany-based Kromtech thanked Vickery twice for bringing the issue to its attention.

Kromtech's statement also sought to assure users that their exposure was limited because it doesn't collect sensitive personal information from customers and uses a third party to process payments. "Billing information is not transmitted or stored on any of our servers. We do not collect any sensitive personal information of our customers," the statement said. "The only customer information we retain are name, products ordered, license information, public ip address and their user credentials such as product specific usernames, password hashes for the customer's web admin account where they can manage subscriptions, support, and product licenses."

It was not immediately clear how the vulnerability occurred. Kromtech did not respond to a request for comment. While not one of the largest of recent breaches, the significance of the MacKeeper breach is the ease with which a hacker was able to access customer data, experts say. "Entering the MongoDB database via four IP addresses, which didn't require a username or password to access, leaves you to wonder just how many of these 'open doorways' exist on the web just waiting for a curious hacker to discover," said Kunal Rupani, principal product manager at cloud solutions company Accellion.

Known for its aggressive use of intrusive pop-up ads, MacKeeper bills itself as antivirus software. But critics contend the software falsely flags security and performance issues to persuade Mac users into buying the software suite. Zeobit, which sold MacKeeper to Kromtech in 2013, paid $2 million in August to settle a class-action lawsuit that accused it of deceptive advertising and making false claims.