Companies accuse their competitors of staging DDoS attacks against them

A recent survey has revealed that 48 percent of businesses believe they know both the identity and motivation of those behind DDoS attacks carried out against them, a large portion of which believed it was their competitors orchestrating the attacks. 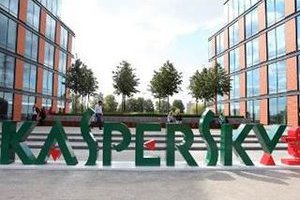 Highlighting the recent DDoS attack on the JANET network that saw large parts of it brought down, Matt White, ex-KPMG information protection and business resilience manager, said that Kaspersky's prediction is “highly likely”. He explained, “It is well known that many university courses are now sponsored by large corporations, particularly PhD courses that require funding. We may never know who did this attack, but it isn't impossible to imagine for example that this was another large educational organisation that either wanted to steal IP such as research, or a large corporation that wanted to give its student more time with a hand in deadline, for example.”

Some of the other culprits mentioned by the survey respondents include:

Interestingly, a recent Akamai report found that the UK has become the leading originator of DDoS attacks, ahead of China and the US, and is also an increasingly popular target. The report found that in the third quarter, the UK was the second most targeted country for web application attacks, with the United States taking top spot. Evgeny Vigovsky, head of Kaspersky DDoS Protection at Kaspersky Lab said, “DDoS attacks are no longer just about cyber-criminals seeking to halt a company's operations. Businesses are …. being affected by the underhand tactics of their competitors, who are commissioning DDoS attacks directly against them, damaging their operations and reputation.”

He went on to explain, “No matter what industry you operate in, your organisation will have competitors, so it is wise to remain vigilant and fully understand the repercussions of a DDoS attack on your business in terms of the potential financial and reputational damage. Ensure that you have the appropriate security measures in place to help manage the increased risk posed to your business from DDoS attacks.”