Due to reporting guidelines, lost and stolen devices account for 45 percent of all breaches in Verizon's new health care data breach report, accounting for 45 percent of around 2,000 incidents with total losses of more than 392 million records. 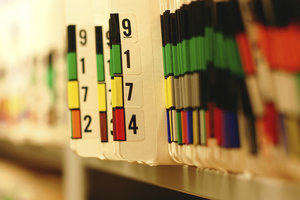 Crimeware, however, accounted for just 1.4 percent of incidents. This is dramatic contrast to Verizon's general data breach report, which covers all industries. There, crimeware accounted for 25 percent of incidents, and lost and stolen devices account for just 15 percent. And, in fact, in the bigger report, the lost and stolen devices are typically reported only by health care and similarly-regulated organizations.

"Dealing with our own forensics cases, you never see anything regarding lost devices," said Marc Spitler, manager of Verizon's security research. "Typically, a lost laptop isn't going to have a law enforcement call or a forensics team called in." This is also the easiest type of breach to address, according to Verizon, since encryption solves most of the problems.

The high number of lost and stolen devices also affects the time-to-discovery metrics in the Verizon report. In the general report, the "detection deficit" -- the relative time it takes to detect a breach -- is 45 percent, compared to just 10 percent for healthcare organizations. The reason is that employees quickly uncover breaches due to lost or stolen devices because they no longer have their devices, and report it immediately.

After lost assets, privilege misuse is the most common type of breach for healthcare organizations because of data access requirements. "When you're talking about hospitals and clinics, people behind the desk have a lot of access to information," he said. "You don't have to be in upper management." In fact, in healthcare organizations, there is an extremely wide array of employee types who need access to patient medical data. It should be mentioned that hackers target personal medical devices.

Nurses, doctors, and other direct care providers are just the tip of the iceberg -- there are also intake clerks, insurance company staff, pharmacy staffers, and many others. "If you were talking about a large manufacturing company, you might have to start getting higher up the ladder, into engineering," Spitler said.