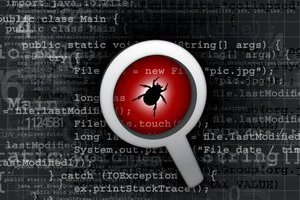 According to High-Tech Bridge, osCmax versions 2.5.4 and prior, and osCommerce Online Merchant 2.3.4 and prior are plagued by vulnerabilities that can be exploited for remote code execution and cross-site request forgery (CSRF) attacks. Roundcube 1.1.3 and probably prior versions are plagued by a path traversal flaw that can be leveraged for remote code execution. The security firm said it identified SQL injection vulnerabilities in Osclass 3.5.9 and earlier, and SocialEngine 489 and prior.

The advisories published by the security firm on Monday don’t include any technical details to give developers time to patch the vulnerabilities. However, High-Tech Bridge CEO Ilia Kolochenko told that none of the vulnerabilities are easy to exploit. On the other hand, attackers who manage to exploit the flaws can gain complete access to the targeted application, including to potentially sensitive data.

According to Kolochenko, the SQL injection vulnerabilities can be exploited by a remote, unauthenticated attacker in the affected software’s default configuration. The code execution flaws can be used by an attacker who obtains certain privileges on the system, but they can also be exploited remotely without any privileges via CSRF attacks. The second scenario involves a specially crafted link that an administrator must click for the attack to work.

“Both SQL injections and RCEs can give the attacker full access to the database (and thus all users' data) of the vulnerable web application. RCEs are more dangerous, as the attacker can do anything in the system (e.g. delete all files or drop all DB tables) with just a few commands,” Kolochenko told.

Roundcube developers said they expect to release a patch for the vulnerability within the next two days. “The exploit requires rather rare circumstances where the attacker has a valid Roundcube account and can write files to the webserver that runs Roundcube,” developers explained via email. Osclass developers told that they are aware of the vulnerability identified by High-Tech Bridge and are working on a patch.

The other affected vendors have not responded to SecurityWeek or High-Tech Bridge, but Kolochenko says this is not surprising considering that it’s the holiday season. Last month, High-Tech Bridge reported finding a critical flaw in the popular shopping cart software Zen Cart that could have been leveraged by a remote attacker to execute arbitrary code and gain access to the data stored in vulnerable applications. Zen Cart developers released a patch within 24 hours.