A cyberespionage group has been discovered using a new remote access Trojan, dubbed Trochilus, whose detection rate was very low among antivirus products. 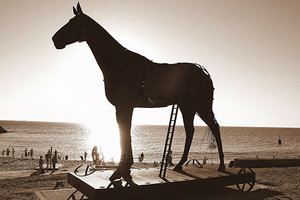 The malware was discovered by researchers from Arbor Networks while investigating attacks in Myanmar that were launched from compromised government websites.

The researchers linked the compromises to a sophisticated group of attackers known as Group 27, who are known to use different malware programs in their operations, some with overlapping capabilities. Arbor Networks has uncovered seven malware programs used by the group so far, including three remote access Trojans: PlugX, 9002, and the new Trochilus. "These seven packaged malware offer threat actors a variety of capabilities including the means to engage in espionage and the ability to move laterally within target networks in order to achieve more strategic access," the Arbor researchers said in a blog post.

While the Myanmar attacks provided initial insights into the group's operations, additional research revealed that the hackers' acitivities extend beyond that country. When Trochilus was initially found, it had "minimal or no detection from anti-malware software," the Arbor researchers said.

While the threat is not yet widespread, Arbor published sample details and other indicators of compromise so that organizations can check their networks and systems and protect themselves in the future.