Just as before, the ad network guilty of showing these malicious ads is AdSpirit, the same ad network abused in August to show malverts on MSN, Weather.com, Wunderground, and The Drudge Report. 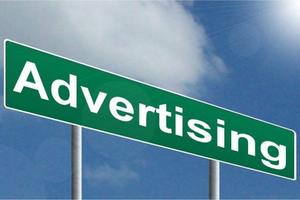 The difference, this time, is that advertisers were using the Neutrino and RIG exploit kits, instead of Angler. There's a trend with malicious actors that are moving away from using the Angler exploit kit, trend observed since the beginning of the year.

This may have something to do with the fact that Angler was last year's most used exploit kit, and many cyber-security vendors have focused their efforts on detecting its presence on Web pages. According to Malwarebytes, this most recent MSN malvertising campaign was spotted in Germany. Most of the infected ads were for Lidl, one of Germany's leading low-cost supermarket chain.

Security researchers say it was easy to spot the ads, since most were using "advertiser domains freshly created a few days prior the attack or hiding behind the CloudFlare service." While the researchers didn't manage to infect one of their test stations with malware from this campaign, a similar, older malvertising campaign with the same parameters was caught spreading the CryptoWall ransomware.

To protect malicious ads, the simplest solution is to use an ad blocker, but using a security product is a much wiser solution since users might sometime whitelist sites and let malicious ads through. In recent months, most malicious actors have moved their operations from spam campaigns to malvertising, since there's a higher chance of infecting users through sneaky ads on legitimate websites, rather than relying on users to open, download, and then double-click on a malware's installer.