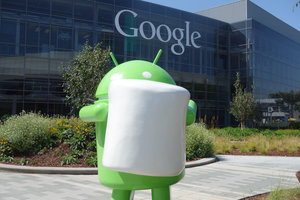 Clickjacking is a method that involves manipulating the user interface in a way that allows attackers to hijack users' clicks and trigger unauthorized actions. It is mostly used in Web-based attacks, where various technologies allow creating invisible buttons and positioning them on top of seemingly harmless page elements.

Due to the restrictive application permissions system in Android, ransomware apps targeting the OS have historically been less effective than on Windows. For example, many of the early Android ransomware threats only displayed a persistent window on the screen with an alert intended to scare users into paying fictitious fines. Most of them impersonated law enforcement agencies and claimed that the devices were locked because illegal content was found on them.

Over time more aggressive variants appeared that also encrypted files on the storage partition and were much harder to uninstall. However, to work as intended, these variants need "device administrator" access. Enabling this feature requires confirmation from the device owner through a special "activate device administrator" dialog shown after an app is installed. To get users' approval most ransomware apps -- which typically masquerade as legitimate apps -- rely on social engineering, for example by claiming that the higher access is needed for one of the functions they claim to provide.

According to researchers from Symantec, ransomware creators have now taken it to the next level. A new threat called Android.Lockdroid.E abuses the different types of windows that Android applications can trigger, they said in a blog post Wednesday. Once installed, the Lockdroid.E ransomware triggers the device administrator activation dialog, but also displays a TYPE_SYSTEM_ERROR window with a message claiming that an additional component is being unpacked. Android displays this particular window type on top of all others, therefore covering the device administrator dialog.

After a few seconds, the app displays another window that uses TYPE_SYSTEM_OVERLAY and which also covers the device administrator dialog. This second window contains the message "Installation is complete" and a button called "Continue." The "Continue" button is actually fake because TYPE_SYSTEM_OVERLAY windows are not designed to receive user interface inputs like taps. However, it is perfectly positioned on top of the "Confirm" button from the hidden device administrator activation dialog.

Because of this, when users tap "Continue" the action is actually transferred to the device administrator window underneath, and specifically its "Confirm" button. Starting with Android 5.0 (Lollipop) the two dialog types that this ransomware program abuses are no longer displayed on top of system permission dialogs like the one for device administrator. However, the bad news is that two thirds of Android devices still run versions older than 5.0, according to the latest statistics from Google Play.

"The malicious app is not found on Google Play and may be downloaded from third-party app stores, forums, or torrent sites," the Symantec researchers said. "Users who have Google Play installed are protected from this app by Verify Apps even when downloading it outside of Google Play. Symantec advises users to only download apps from trusted app stores."