Security researchers have uncovered a major vulnerability in LG G3 Android devices. The personal data on millions of LG smartphones was potentially open to theft as a result of the so-called SNAP bug. 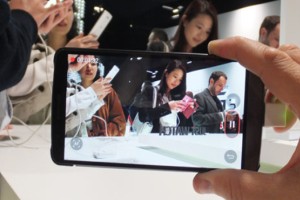 "SNAP" allows an attacker to run arbitrary JavaScript code on the vulnerable LG devices, according to security researchers from Israeli security firms BugSec and Cynet. This might be easily exploited to allow private data leakage, phishing attacks and/or crash a vulnerable device, say the researchers.

The security flaw is rooted in a bug in one of the pre-installed LG applications, Smart Notice, which exists on every new LG G3 device. That’s why this device – but not other Android smartphone and tablets from other manufacturers, or earlier smartphones from LG – is vulnerable. LG debuted its Smart Notice app with the G3. Smart Notice displays recent notifications (named "cards") to users that can be forged to inject unauthenticated malicious code. And, worse yet, the application is enabled by default on vulnerable devices. The problem stems from not validating user-submitted data, a common type of software development mistake.

Using the vulnerability, an attacker can easily steal sensitive data from the device SD card, including WhatsApp data and images, and can also mislead the end user into phishing scams and drive-by attacks. Users of vulnerable devices would only need to save a maliciously constructed notification message to get pwned, claim the researchers. Users would receive no warning or any particular sign anything was amiss in this scenario.

BugSec’s research team said it had notified LG about its find. In response, LG developed a new Smart Notice release, containing a patch, which consumers are urged to apply. LG has yet to respond to El Reg’s request to comment on the issue.

Idan Cohen, BugSec’s chief technology officer, said that the root cause of the problem was that the Smart Notice application does not validate the data it presents to users. “This means that the data can be taken from device phone contacts and manipulated. We highly recommend G3 users install the patch without delay,” Cohen said.

“The vulnerability might be used to steal data,” Cohen told El Reg. “We don’t know for sure this has actually happened and we haven’t seen any malware that uses it.” “One thing is clear: This vulnerability is not just theoretical,” he concluded. More details on the vulnerability can be found in a blog post by Bugsec here, which you'll be able to read from 1400 GMT onwards.