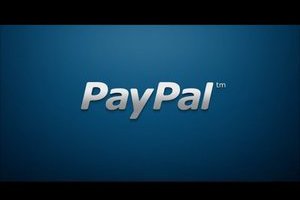 The vulnerability is part of a class of bugs that stem from Java object deserialization and which security researchers have warned about a year ago. In programming languages, serialization is the process of converting data to a binary format for storing it or for sending it over the network.

Deserialization is the reverse of that process. Deserialization is not an issue in itself, but like most processes that involve processing potentially untrusted input, measures need to be taken to ensure that it is performed safely. For example, an attacker could craft a serialized object that includes a Java class that the application accepts and which could be abused for something malicious.

Security researchers Chris Frohoff and Gabriel Lawrence gave a presentation about  this type of attack at a security conference a year ago. Then in November, researchers from a company called FoxGlove Security published a proof-of-concept exploit for a deserialization vulnerability in a popular library called Apache Commons Collections that's included by default on many Java application servers.

Security researchers warned at the time that thousands of Java-based Web applications, including custom-made enterprise ones, are likely vulnerable to this attack and said that both good and bad hackers will likely start probing for it. Michael Stepankin, the bug bounty hunter who found the recent vulnerability in the manager.paypal.com website, is one such hacker. He was inspired by the research from Frohoff, Lawrence and the FoxGlove researchers and even used one of the tools they produced to build his attack payload.

After determining that the PayPal site was vulnerable to Java deserialization, Stepankin was able to exploit the flaw in order to execute arbitrary commands on its underlying Web server. "Moreover, I could establish a back connection to my own Internet server and, for example, upload and execute a backdoor," he said in a blog post. "In result, I could get access to production databases used by the manager.paypal.com application."

After he reported the issue to PayPal and it got fixed, the company gave him a reward through its bug bounty program, even though his report was marked as a duplicate. It turns out that another security researcher reported the same issue a few days earlier, proving that people are currently scanning for this type of vulnerability. Developers should make sure that they update the Apache Commons Collections library used by their Java servers and apps to at least versions 3.2.2 or 4.1, which address this issue. However, it's likely that this type of vulnerability exists in other libraries as well, waiting to be discovered.