Smart toys can be hacked to track children

One of the most popular children's toys for Christmas last year contained vulnerabilities that, if exploited, would have given out personal details about a child. 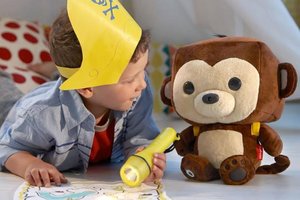 The security flaw in Fisher-Price's Smart Toy Bear meant access to a child's name, date of birth and gender could have been easily accessed. The researchers at Rapid7, a Boston-based security company that spotted the defect, said the toy could also be hijacked to give a malicious actor control over account data and in-built functions.

The bear, designed for three to eight-year-old children, was on Toys R Us' 2015 "Hot toy list." It is a teddy bear that can connect to the internet and offer personalised learning activities. Fisher-Price encourages parents to connect it  to an app for a better interactive experience. It also uses voice and image recognition for a number of games. "I can’t stress enough how critical a time it is for manufacturers of connected toys to think about building security in at the development phase," Mark Stanislav, a manager at Rapid7 who found the security holes.

The makers of Smart Toy stress that they take privacy seriously. "We never send voice data over the internet. Nothing your child says to Smart Toy is recorded, transmitted, stored or even auto-tuned," said Carly Gloge, co-founder of Smart Toy. "The image sensor in the nose of the toy is used only to identify marks, or signatures, on the Smart Cards. No photos or videos are taken, stored or transmitted. It’s not that kind of camera."

Smart Toy partnered with security firm Synack when designing the product, Gloge continued. But Rapid7 still found the vulnerabilities. Experts have reached out to Synack for comment. A spokesperson from Fisher-Price said: "We recently learned of a security vulnerability with our Fisher-Price WiFi-connected Smart Toy Bear. We have remediated the situation and have no reason to believe that customer information was accessed by any unauthorized person. "Mattel and Fisher-Price take the safety of our consumers and their personal data very seriously, which is why we act quickly to resolve potential vulnerabilities like this."

The research follows a major VTech hack in which more than 6.4 million children from 15 countries were exposed to hackers. The names, gender and birthdates of 727,155 British children were accessed in the attack. In that attack, the hacker also found thousands of child photos, audio files and chat logs between the kids and their parents.

"As vendors continue to innovate in the market of connected toys, additional focus must be put on securing the users’ privacy and safety," said Stanislav. Stanislav notified Fisher-Price about the findings back in November. Fisher-Price, which is owned by Mattel, reported the problem resolved on January 19.  In the same research, Stanislav also found vulnerabilities in the hereO, which bills itself as the first child-sized smart watch that gives parents a live feed of their children's location.

But researchers at Rapid7 found that the GPS system in the watch meant it could have easily been hacked to  reveal the location of every family member and their location history. A hacker could also have changed who had "family member" status on the watch, and manipulate its notifications. Stanislav alerted hereO in November - and the issue was fixed before the watches were shipped for sale. "The flagged loophole within our system was closed within four hours," said Eli Shemesh, chief technology officer at hereO. "HereO takes its security measures and any potential security loopholes very seriously." There is no evidence that either of the toys were exploited.