A class of Android trojans have found a way to inject themselves into system processes and are leveraging their newfound access to carry out a series of malicious operations. 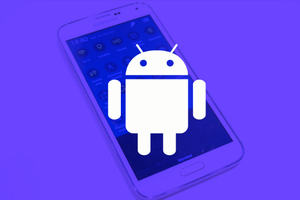 Detected by Russian antivirus maker Dr.Web as Android.Loki, this trojan family has evolved over time and has gained the ability to inject some of its code in a system process, and by doing so, obtain root privileges.

Here is also where Android.Loki.1.origin comes into play. If the C&C server deems the device a valuable target, this trojan variant will be used to force it to secretly download files from the Google Play Store or from third-party stores. Using the trojan's root privileges, the apps will be installed without prompting the user.

Additionally, Android.Loki.1.origin can also delete other applications, kill processes, and display rogue notifications on the device. Obviously, all these operations are carried out as part of an affiliate program that allows the trojan's owner to obtain monetary gains from installing unwanted apps on the user's device as part of a pay-per-click affiliate program. "Virus makers continue to complicate architecture of malicious programs for Android," Dr.Web researchers noted. "First samples had rather primitive structure, but their today’s counterparts, on the contrary, are almost equal to the fanciest Trojans for Windows."