The FBI is planning to build out a facial recognition system that can query a huge database of photos to identify someone based on his or her appearance regardless of criminal history, reports the Electronic Frontier Foundation. 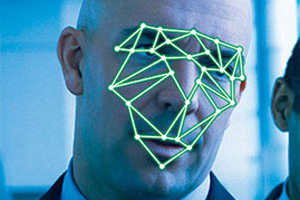 This is part of the FBI’s NGI system — Next Generation Identification — which could hold data on as much as one-third of all Americans. Privacy advocates are up in arms, of course. You only need to consider the overwhelming backlash we saw when facial recognition apps became available for Google Glass — they were summarily banned.

This new arm of the NGI database will build off of the FBI’s already impressive collection of fingerprints of approximately 100 million total records, some of which include retina scans and palm prints. Now their facial data will be part of this, joined with personal info such as address, age race, and name. By 2015, the system will be querying up to 52 million photos in order to identify people of interest. 46 million will come from criminal images, mugshots and the like. 4.3 million are “civil images” from other sources. 215,000 come from RISC, the Repository for Individuals of Special Concern.

But the FBI doesn’t specify where the last million photos or so come from — 750,000 from the “Special Population Cognizant” category and 215,000 from “New Repositories.” Writes the Electronic Frontier Foundation: “[T]he FBI does not define either the ‘Special Population Cognizant’ database or the ‘new repositories’ category. This is a problem because we do not know what rules govern these categories, where the data comes from, how the images are gathered, who has access to them, and whose privacy is impacted.”

This plan is already underway in a few states with many more right on their heels. The EFF provides this map to help you determine if your home state gives a rip about your privacy. The EFF received the records in response to a Freedom of Information Act lawsuit for information on Next Generation Identification (NGI). The system builds on the FBI’s legacy fingerprint database, which already contains well over 100 million individual records, and has been designed to include multiple forms of biometric data, including palm prints and iris scans in addition to fingerprints and face recognition data.