Are you searching for a Facebook Hacking Tool? Be careful! 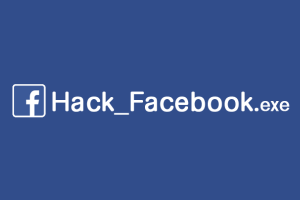 The tool contains a Keylogger that can capture all your keystrokes and store them in a file that is subsequently sent to the attacker's server. The malicious Facebook hacking tool is exploiting "the constant desire of a lot of users to take control of accounts from this well-known social network," according to a Monday blog post by IT security company ESET.

The malicious tool is delivered via direct download websites. Once a user visits one of these websites, the dangerous Win32/Remtasu.Y malware automatically gets downloaded and executed on victim's machine and hide itself among other files.

The worst part is yet to come:

The malware remains on the infected computer even when the victim reboots their system or attempts to find the malware threat in the list of active processes. "In this case, the malware replicates itself, saving the copy in a folder that it also creates within the system32 folder," reads the post. "The new InstallDir folder remains hidden inside the system files, making it difficult for users to access." Most affected parts of the world include Colombia, Turkey, Thailand and elsewhere. In past, Remtasu was distributed through malicious files attached to phishing emails purporting to be from legitimate government or businesses organisations.